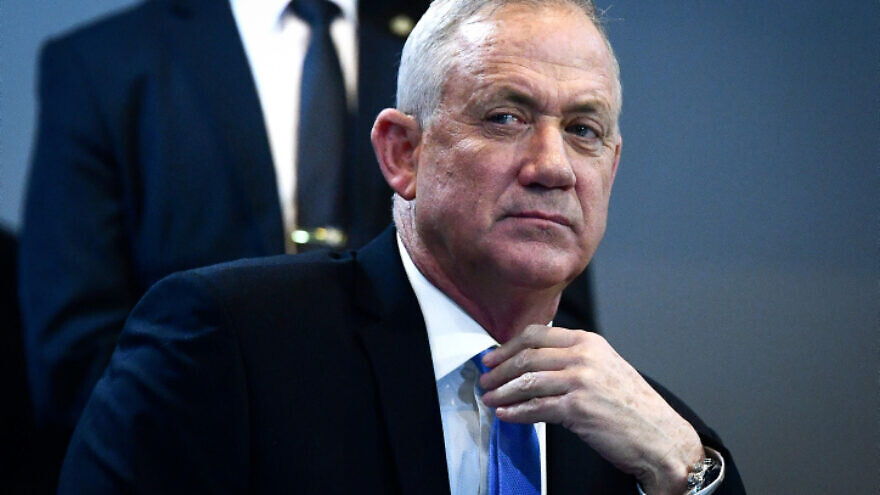 (December 15, 2019 / JNS) Blue and White leader Benny Gantz said on Thursday that he would consider pardoning indicted Israeli Prime Minister Benjamin Netanyahu “in accordance with the recommendations of the justice system” if Netanyahu were to retire from politics.

Speaking at a party event, Gantz said: “We don’t want to see another prime minister behind prison walls,” in a reference to former premier Ehud Olmert, who was jailed for 16 months for bribery and fraud. “If we can save ourselves from that shameful spectacle, so much the better,” he added.

Earlier on Thursday, Yisrael Beiteinu leader Avigdor Lieberman had also raised the idea of a pardon, saying that while immunity for Netanyahu was off the table, Israel’s Knesset members are “prepared to give him an opportunity to retire in dignity.”

“If this initiative [a pardon in exchange for retirement] were to be tabled in the Knesset, I have no doubt everyone would be in agreement,” Lieberman told Ynet.

Israeli President Reuven Rivlin suggested over a week ago that he might advocate for a pardon if Netanyahu were to agree to retire from politics.

Gantz and Lieberman’s comments followed Netanyahu’s announcement on Thursday that he will vacate the health, welfare, agriculture and Diaspora affairs portfolios, and appoint new ministers following an NGO petition to the Supreme Court. Howeve, Netanyahu is not expected to resign from his role as prime minister.