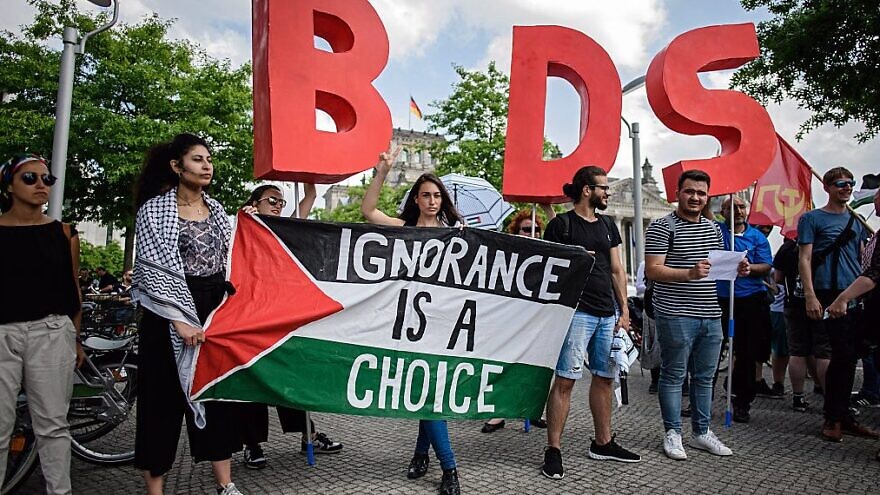 (July 3, 2022 / JNS) The city of Stuttgart has refused to appeal a court verdict ordering officials to re-post to the municipal website the contact information of the country’s most powerful BDS group, the Jewish News Syndicate can first reveal.

BDS is an abbreviation for the Boycott, Divestment, Sanctions campaign targeting Israel.

The Christian Democratic Union (CDU) party mayor of Stuttgart, Frank Nopper, defied the pleas of German Jews, who based on a JNS report and together with the Simon Wiesenthal Center urged him to appeal a court decision ordering the city to continue giving a public platform to the Palestine Committee Stuttgart.

Susanne Kaufmann, a spokeswoman for Nopper, wrote JNS by email that “we very much regret the judgment of the Stuttgart Administrative Court. However, for purely legal reasons, we have decided not to appeal against it. Based on the current jurisprudence, as it has been elsewhere, we estimate the chances of being successful with an appeal to be very low. That is why we have put the address of the Palestine Committee back on the municipal homepage.”

Kaufmann added that “we do not consider it a solution to delete all external addresses on the municipal homepage. Then we would also have to remove many cultural institutions and all sports associations from the homepage.”

Nathan Gelbart, a prominent German-Jewish attorney and expert on anti-Semitism, sent JNS a court decision about an effort to ban a Nazi demonstration and noted: “It just shows that cities, e.g. Heilbronn, which is in Baden-Württemberg like Stuttgart, do appeal first instance decisions of the administration court when it comes to neo-Nazis, so why not do against BDS Nazis?”

Nopper’s decision to re-post the information violates anti-BDS resolutions of the state of Baden-Württemberg, where Stuttgart is located, and a non-binding legislative act passed by the Bundestag.

Michael Blume, a member of the CDU who is tasked with fighting BDS for the state of Baden-Württemberg, declined to answer JNS’s queries about the ordeal. The Simon Wiesenthal Center classified Blume as anti-Semitic last year for his anti-Jewish and anti-Israel activities, including his failure to curb state funding for BDS activities.

The provincial Green Party and CDU coalition government of Winfried Kretschmann claim that there is “no place for antisemitism” in the state.

Kretschmann refused to comment on the pro-BDS court verdict.