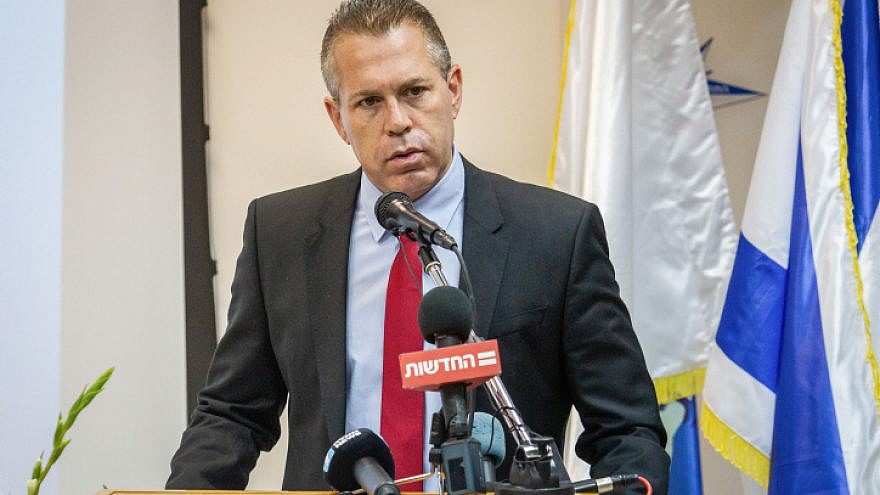 (May 11, 2020 / JNS) Israeli Prime Minister Benjamin Netanyahu announced on Monday that he is appointing Minister of Public Security, Strategic Affairs and Minister of Information Gilad Erdan as both the Israeli ambassador to the United States and United Nations.

“I am proud and excited for the privilege of being able to fight on behalf of the righteousness of our path in the international arena, and to defend Israel in light of the challenges ahead,” Erdan said in a statement.

Erdan has served as a Likud Knesset member since first being elected in 2003; prior to that, he was an adviser to Netanyahu and former Israeli Prime Minister Ariel Sharon. The longtime Likud lawmaker has served in a variety of ministerial roles over the past decade-and-a-half.

While Strategic Affairs Minister, Erdan carved out a high-profile role in combating the BDS movement. Most notably, his ministry was behind a two-year campaign aimed at exposing connections between anti-Israel BDS groups and terrorist organizations.

Erdan was rumored to be offered the U.N. post last August but turned it down.

Reports have circulated for some time that Danon would be stepping down at U.N. ambassador. He was first appointed in 2015 for a three-year term and was extended multiple times.

Like Danon, Dermer has also been reported to be stepping down from his post as well. However, his tenure was also extended due to Israel’s political deadlock. Dermer has served as Israel’s envoy to the United States since 2013.

According to Haaretz, Dermer will likely step down as ambassador only after the U.S. presidential election in November.

Erdan will continue to serve as a minister in the government until his official appointment as ambassador and take up the U.N. post once the new government approves his nomination.

Israel set to swear-in its new government on Thursday.