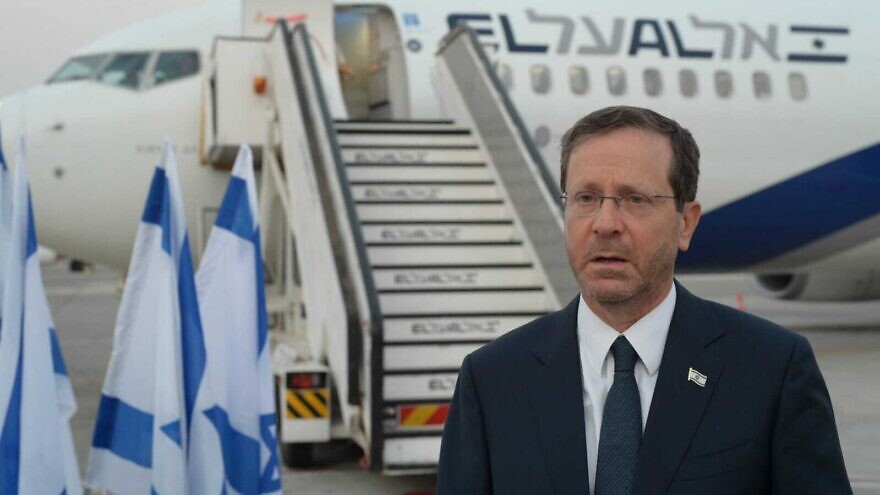 They are scheduled to attend the 50th anniversary memorial event on Monday for the 1972 Munich Olympics terror attack, along with the victims’ relatives.

Herzog will meet with German President Frank-Walter Steinmeier on Sunday and with German Chancellor Olaf Scholz on Monday, as well as with a series of additional senior German officials, according to an official statement.

Herzog will address the German Bundestag on Tuesday, where he will raise the issue of Iran’s nuclear program,as well tour the Bergen-Belsen Concentration Camp with the German president.

“I am leaving this morning on a state visit to Germany, at the invitation of the President of Germany, Frank-Walter Steinmeier. Every visit to Germany carries with it tremendous personal weight,” Herzog said prior to this departure from Israel.

“We shall discuss the past and the future. I shall visit the Bergen-Belsen Concentration Camp, which my father liberated together with other British Army soldiers on 15 April 1945,” said Herzog.  “The main part of the visit will be the memorial marking the 50-year anniversary of the terrible massacre of the 11 Israeli athletes at the Munich Olympics in 1972. I shall participate in the memorial there together with the families of the murdered athletes, Germany’s top leadership, and officials from the Olympic Committee of Israel,” he continued.