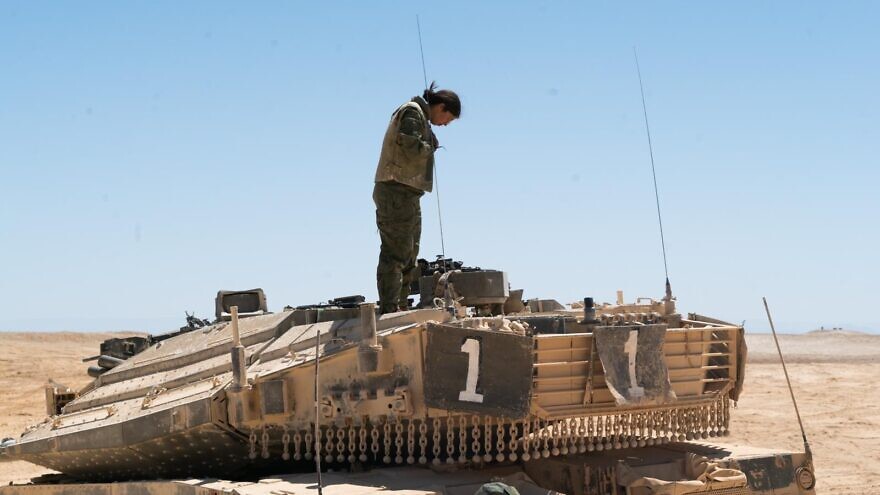 In this image, published by the Israel Defense Forces on Oct. 26, an IDF soldier can be seen standing atop a Merkava tank in southern Israel. Credit: IDF.
Spread the word.
Help JNS grow!
Share now:

(October 27, 2022 / JNS) The Israel Defense Forces announced on Thursday that it will permanently adopt the model of all-female tank crews for border defense missions.

In a statement, the military said the decision follows a lengthy and comprehensive examination process that began two years ago, and which included a training period and a significant operational activity period.

An initial pilot program began in 2018, but the IDF chose to launch a second program in 2020.

Tank crew members are chosen according to clearly defined criteria and must undergo an exam based on professional parameters, the IDF stated, before being placed in border protection tank deployments.

“We are successfully concluding an in-depth professional process,” said Kochavi in a statement. “As part of the concept, according to which the IDF is opening an increasing number of roles to women, I trust the female tank personnel to conduct border defense missions with professionalism and great success. They will form a significant component in the IDF’s operational effort.”

The first four female tank commanders in the IDF completed their grueling training course in 2018, before beginning operational duties.