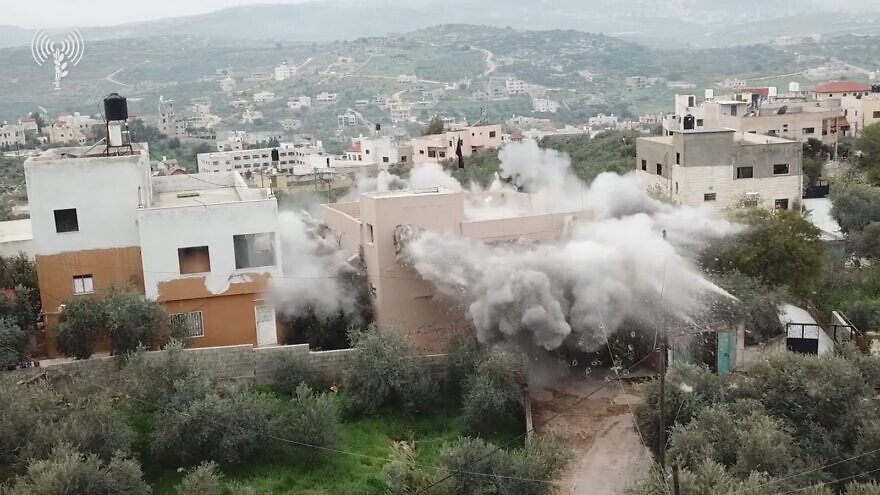 Israeli forces demolish the home of one of the terrorists behind the December 2021 murder of Yehuda Dimentman, in Silat al-Harithiya, Judea and Samaria, March 8, 2022. Source: IDF.
Spread the word.
Help JNS grow!
Share now:

(March 9, 2022 / JNS) The Israeli military on Tuesday demolished the homes of two of the Palestinians behind the terrorist attack in December that claimed the life of Israeli yeshivah student Yehuda Dimentman.

Both structures were located in the village of Silat al-Harithiya, northwest of Jenin, according to Israel’s Kan News. One building was completely destroyed, while only a single floor of the other was demolished, according to the report.

Dimentman, 25, was shot and killed in an ambush while driving in Judea and Samaria on Dec. 16, 2021. He left behind a wife and an 18-month-old son. Two other students who were in the vehicle with Dimentman at the time of the attack suffered light wounds.

On Dec. 19, Israeli security forces arrested the terrorist cell responsible for the attack, consisting of six individuals, two of whom were believed to have actually carried out the shooting. Israeli forces also seized weapons believed to have been used in the attack.