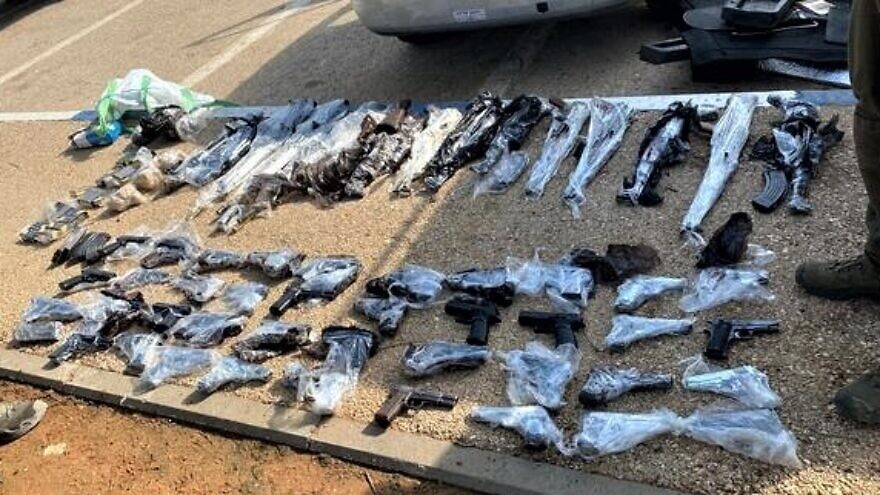 (January 25, 2022 / JNS) The Israel Defense Forces and Israel Police announced on Tuesday that they had thwarted an attempt to smuggle weapons in the Jordan Valley area.

Israel Police Border Unit personnel joined the IDF in thwarting the smuggling run, and suspects and weapons were transferred to police custody for questioning.

The Jordan Valley is the scene of regular attempts to bring weapons into Israel and the West Bank from Jordan. In November, the Border Unit, working together with the IDF’s Valley Brigade, intercepted a daytime attempt to smuggle assault rifles and handguns across Israeli lines, arresting two Palestinian suspects.

Police said at the time that they were conducting ongoing activities to intercept gun-smuggling runs across the border, targeting “the entire supply chain and usage of firearms—from sources in the Palestinian Authority and over the [Jordanian] border, to smuggling routes, and through to the trade-in of guns and their actual use.”

They added that security forces foiled 19 smuggling attempts of weapons and narcotics in the area, and that 80 kilograms of hashish—worth millions of shekels—had also been seized in previous raids.