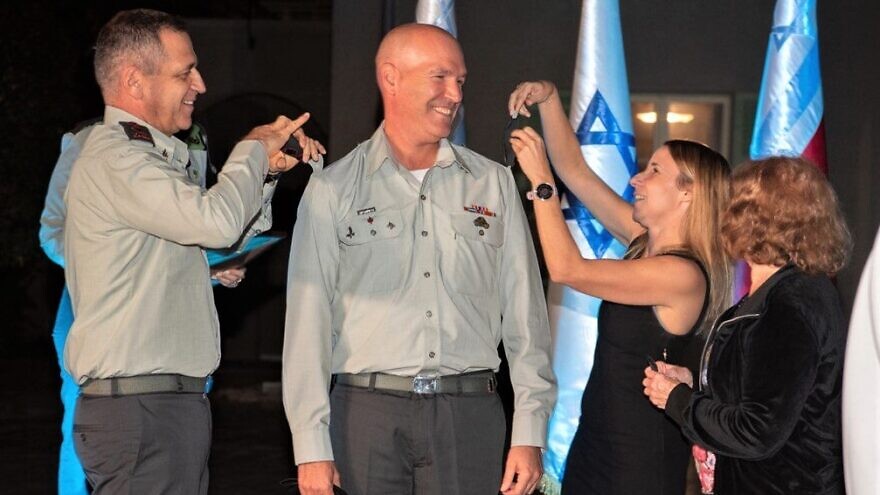 (November 22, 2021 / JNS) The new commander of the Israel Defense Forces’ Northern Formation, which is the military entity in charge of overseeing wartime maneuvers into Lebanon or Syria, took up his position on Sunday.

“The mission of the Northern Formation is challenging and especially complex,” stated Tzur during his speech. “Its mission is to win the war while boosting the connection between maneuvering, firepower strikes and intelligence, which will reach the edge in real time.”

“This connection is what will turn the next war in Lebanon or any other place into a war in which the question of ‘who won?’ will not even be in the air,” he said. “We are called to bravery, to move old walls and concepts, and to reach a place in which we can together utilize our capabilities better.”

During his remarks, Tzur thanked the military for “the opportunity to continue to contribute to the State of Israel” and vowed to “do everything to continue to stand up a strong military in a strong state.”

During the same ceremony, Maj. Gen. Michelle Janko accepted the position of head of the IDF’s Technology and Logistics Branch.