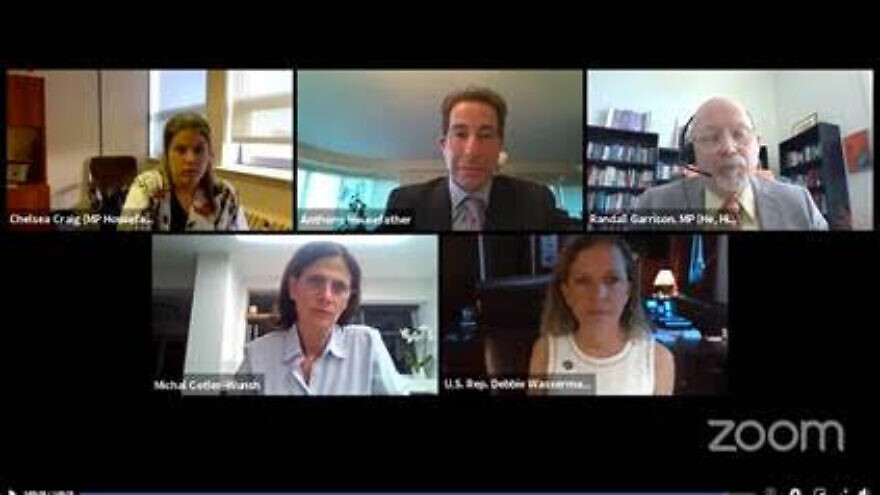 Members of the task force include lawmakers from the United States, Canada, Great Britain, Australia and Israel. At least one more country is expected to join the group in the coming weeks.

Speaking as part of an online press conference to introduce the report, Rep. Debbie Wasserman-Schultz (D-Fla.) said that anti-Semites took advantage of current events, including the global coronavirus pandemic, and the war between Hamas and Israel in May—to attack Jews for just being Jews. That was especially “prevalent on the wild west of the Internet,” she said.

“It is up to all of us to stand arm and arm” to fight hate online, she added.

Canadian Minister of Parliament Anthony Housefather told those at the press event, “I have never in my lifetime seen the levels of anti-Semitism as I have in recent weeks.” He noted that families have told him they were afraid to let their children play in a public park if they are wearing a kipah or put a mezuzah on their door.

Housefather added that while 80 percent of anti-Semitic hate originates online, it doesn’t end there.

“We have seen and understood the imperative to transcend boundaries to combat online anti-Semitism in the face of a global challenge, whereby the digital platforms function globally while our legislatures function nationally,” said former Knesset member Michal Cotler-Wunsh. “Anti-Semitism serves as a predictive example for online disinformation with real-world manifestations that threaten the foundations of democracy.”

Noting that this is a global problem, the report listed several universal ideas to help combat anti-Semitism online. Among them:

“At the end of the day,” said Alex Sobel, a member of parliament in the United Kingdom, “we need global action on this.”