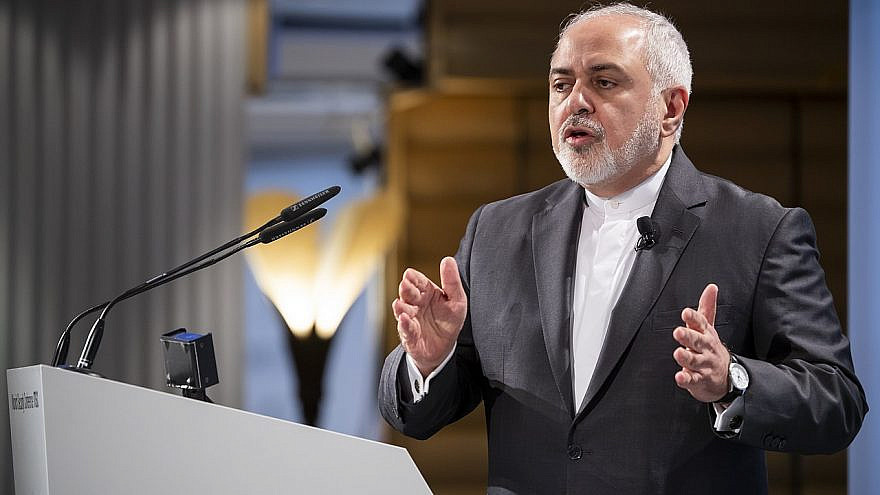 (January 31, 2021 / JNS) Iran’s Foreign Ministry said on Saturday that its 2015 nuclear agreement with six world powers was non-negotiable and rejected any changes to the participants in the accord. The announcement came in response to French President Emmanuel Macron’s statement on Friday that any new negotiations should include other countries in the region, such as Saudi Arabia.

The nuclear accord has already been ratified and is non-negotiable, said Iranian Foreign Ministry spokesman Saeed Khatibzadeh, according to AFP.

“If French officials are worried about their huge arms sales to Persian Gulf Arab states, they better reconsider their policies,” he said. “French arms, along with other Western weapons, not only cause the massacre of thousands of Yemenis but are also the main cause of regional instability.”

Both Saudi Arabia and the United Arab Emirates have said that they should be involved in any new talks with Iran. The two countries also want new talks to address Iran’s ballistic-missile program and its support for proxies in the region, reported the AFP.

Iran and Saudi Arabia are both locked in a proxy war in Yemen. Iran is also heavily involved in Syria Iraq through militia groups and in Lebanon through the terror group Hezbollah.

Speaking to Al Arabiya in Paris on Friday, Macron said, “Dialogue with Iran will be rigorous, and they will need to include our allies in the region for a nuclear deal, and this includes Saudi Arabia.”

France, along with China, Russia, the United Kingdom, the United States and Germany, was an original signatory to the nuclear agreement.

In a separate statement, Iranian Foreign Minister Mohammad Javad Zarif said on Friday that Tehran will not reverse the acceleration of its nuclear program until the United States lifts sanctions against the country. Iran recently announced that it had begun enriching uranium to 20 percent, in violation of the nuclear accord.

Speaking at a news conference in Istanbul, Zarif termed France’s demand “not practical” and said it “will not happen.”