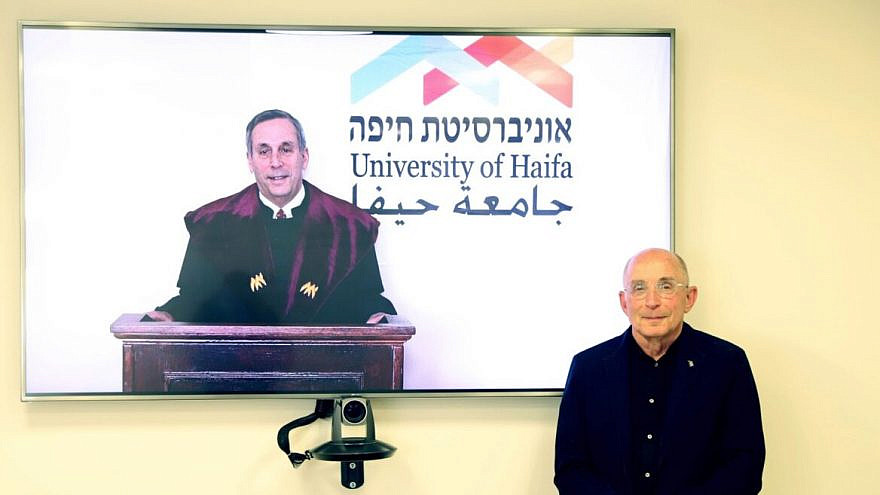 (March 25, 2021 / Israel21C) Harvard University president Lawrence S. Bacow said “Israel has demonstrated to the world that a country or a region doesn’t need to be rich in natural resources in order to be a wealthy country.”

Israel does this, he continued, “by creating, aggregating and acting as a magnet for human capital. We live in a world right now where the only truly scarce capital is human capital.”

Bacow’s remarks were made upon receiving an honorary doctorate from the University of Haifa on March 15 in recognition of his global leadership in higher education, redefining the critical role that universities play in developing and sustaining communities and his advocacy for the importance of diversity within education.

The two universities have been collaborating for more than a decade in areas such as marine sciences, archeology and environmental studies.

Currently, Harvard and Haifa universities are conducting a large joint project on the etiology of large sea mammals, an initiative that Bacow predicts “may change what we know about some of the most extraordinary animals on the planet.”

Bacow said people from around the world are drawn to Israel’s universities to study and “are attracted to Israel by the opportunity that exists.”

“Harvard and the University of Haifa, in their tireless pursuits that they inspire and enable, have never been more important for society than they are now,” he added.