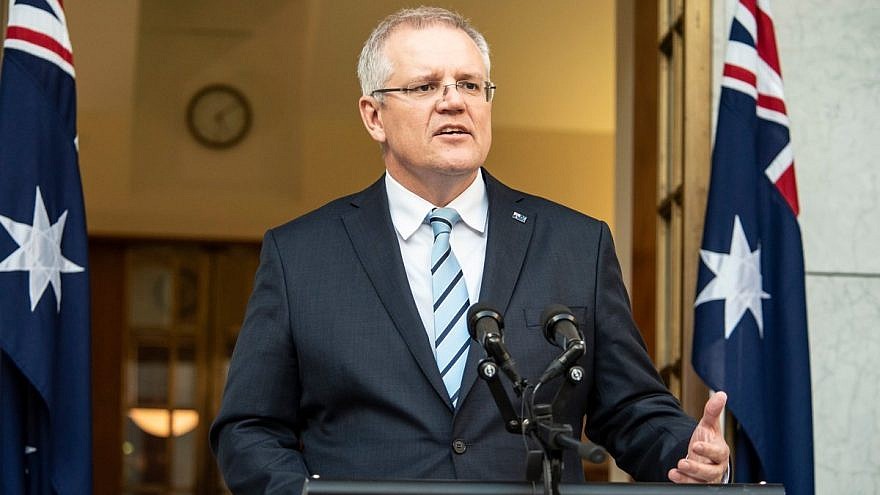 (November 26, 2021 / JNS) Australia on Wednesday declared Lebanon-based Hezbollah in its entirety a terrorist organization. The decision follows a United Kingdom declaration on Nov. 19 that all of Gaza-based Hamas is a terror group, which became official on Nov 26 following parliament’s approval. (Britain had banned only the group’s military wing since 2001.)

Both decisions are a product of an international campaign begun two years ago by Israel’s Ministry of Foreign Affairs to lobby nations to toughen their laws against terrorist entities that threaten the Jewish state. Observers say the announcements could lead to others.

Jonathan Schanzer, senior vice president of research at the Washington, D.C.-based Foundation for Defense of Democracies, agreed, telling JNS, “The U.K. is rightly viewed as the senior partner and trendsetter among the Commonwealth states. There are obviously some differences in opinion. But it’s not hard to imagine a trickle-down effect on issues like the proscription of terrorists. More importantly, the facts don’t lie.”

“The Hezbollah hearings came months before the Hamas hearings in Australia. The process was simply farther along on Hezbollah. But I think that the Hezbollah decision, along with the recent moves in the United Kingdom, bodes well for the full proscription of Hamas, too,” he told JNS.

Israel’s Minister of Foreign Affairs Yair Lapid, in separate statements praising both the United Kingdom and the Australian decisions, stressed that Israel’s position is that any distinction between separate arms of these terror organizations is “artificial.”

France: ‘A tougher nut to crack’

Navon said that some countries will claim “political realism” as the reason for making such distinctions. He said that in Lebanon, for example, Hezbollah is part of the government, “so France will say it’s unreasonable to completely ban it.”

He said while there has been some success in Europe, particularly with Germany banning all Hezbollah activity in April 2020, France will be “a tougher nut to crack,” partly due to its history in Lebanon, where Hezbollah is based, and the fact that the French Foreign Ministry opposes the move. He said the decision ultimately rests with French President Emmanuel Macron, who so far has resisted banning the entire organization.

Schanzer, who published a book this month, Gaza Conflict 2021: Hamas, Israel and Eleven Days of War, partly blamed “flat-out appeasement—an effort to engage with a terrorist organization in the hopes of being able to temper its activity domestically,” for the decision of some Western countries to create artificial distinctions within terror groups.

He said the U.K. decision is particularly welcome, as, in the past, it resisted joining the United States in its efforts against Hamas (America banned the group in 1997). Schanzer pointed to the case of the Palestinians Relief and Development Fund, or Interpal, a U.K.-based Hamas-supporting charity, which the United Kingdom refused to designate as such despite the U.S. having done so in 2003. (Australia, in contrast, followed the U.S. lead within a few months.)

“It was really one of the first significant disagreements on counterterrorism between the U.K. and the U.S.,” said Schanzer.

Whatever may have motivated Britain in its early decisions, U.K. Home Secretary Priti Patel, in a Nov. 19 speech before the Washington, D.C.-based Heritage Foundation, made it clear that the United Kingdom was aligning itself with the U.S. position.

“The current listing of Hamas creates an artificial distinction between various parts of that organization,” she noted. “Anyone who supports or invites support for a proscribed organization is breaking the law. That now includes Hamas in whatever form it takes.”

“Today, I have laid an order in the United Kingdom parliament to amend Schedule 2 of the Terrorism Act 2000 to proscribe Hamas in its entirety, including its political wing,” she said.

Hamas condemned the decision. On Nov. 20, it said: “This decision is a dangerous infringement on the right of the Palestinian people to resist the Israeli occupation and confront the aggression that our people have been subjected to for decades.”

The group was joined in its condemnation by the Palestinian Authority, whose Ministry of Foreign Affairs and Expatriates called the U.K. decision “a continuation of the inexplicable, aggressive policy toward the Palestinian people.” Jordanian parliament members also condemned the plan, calling it “an act of aggression against the Palestinian people and the Arab nation.”

Their anger doesn’t surprise Navon, who said the Australian and U.K. decisions will “hurt the ability of these organizations to carry out their misdeeds.”

“Once they’re outlawed in major Western countries it will definitely make it much harder for them to have access to the money and to try to make money transfers,” he said.