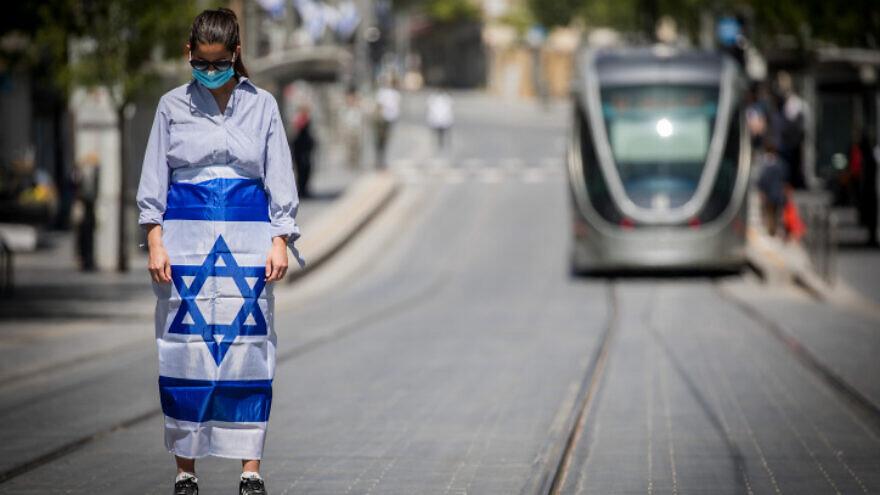 (April 28, 2020 / Israel Hayom) Israel came to a standstill on Tuesday morning as sirens sounded marking Yom Hazikaron, Israel’s Memorial Day for the Fallen Soldiers of Israel and Victims of Terrorism.

This year’s observance is overshadowed by the country’s ongoing battle against the coronavirus pandemic, which saw the government impose stringent measures, including the closure of military cemeteries, to prevent gatherings and crowds. All state ceremonies to mark the day are to be held without attendees and will be broadcast live on mainstream and social media.

As of Tuesday morning, the pandemic has so far claimed the lives of 208 Israelis and infected 15,589, according to Israel’s Health Ministry. While Israel has begun relaxing restrictions on the economy and public amid a falling infection rate, a nationwide lockdown was imposed on Memorial Day, barring bereaved families from visiting military cemeteries or attending memorial ceremonies.

The main ceremony at Jerusalem’s Western Wall, typically attended by bereaved families, dignitaries and political and military brass, was held for the first time with no crowd on Monday evening. Ushered in by a one-minute nationwide siren, Israel’s president and military chief of staff, among the small number of attendees, wore face masks in line with health regulations, removing them briefly only as they spoke of the fallen and urged Israelis to honor their sacrifice by forging a better future.

A second, two-minute siren sounded at 11 a.m. on Tuesday, after which Israel Air Force jets flew over the National Hall for Israel’s Fallen on Mount Herzl in Jerusalem. The Memorial Day state ceremony commenced at the Mount Herzl Military Cemetery immediately after the flyover. 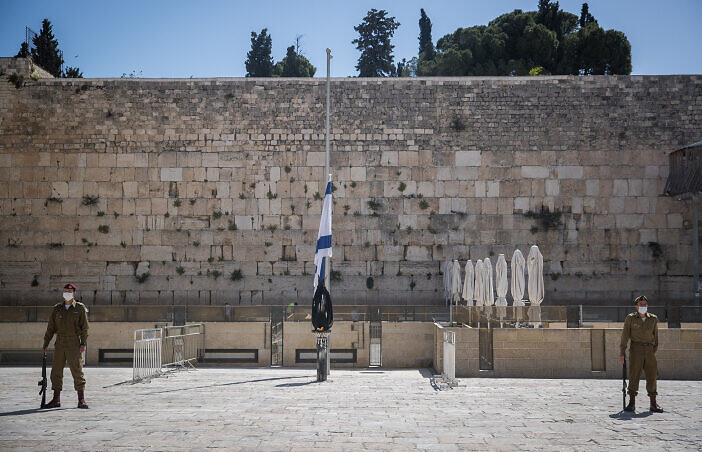 Israeli soldiers stand at attention at the Western Wall in Jerusalem’s Old City as Israel marks its Memorial Day for Fallen Soldiers and Victims of Terrorism, April 28, 2020. Photo by Yonatan Sindel/Flash90.

The state ceremony honoring victims of terror will be held on Mount Herzl at 1 p.m.

Israel has fought six wars with neighboring Arab countries, battled two Palestinian uprisings and endured dozens of deadly terrorist attacks since its founding in 1948. The country honors 23,816 fallen soldiers and more than 3,100 people killed in acts of terror.

At sundown Tuesday, the country will transition from solemn remembrance to joyous celebration, kicking off its 72nd Independence Day. Israelis, who typically enjoy beachside barbecues and gatherings with families to watch the annual airshow, will be under lockdown for the duration of the holiday as part of the efforts to curb the spread of the coronavirus.