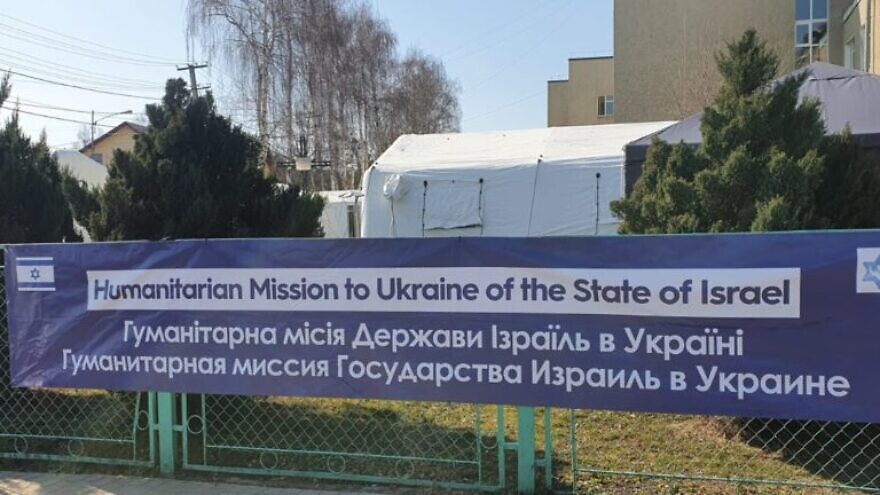 (March 23, 2022 / Israel21c) On Tuesday, Israel began accepting patients at its humanitarian field hospital in western Ukraine, where it will treat people affected by the war raging in the country.

Situated in the western Ukrainian city of Mostyska and called “Kochav Meir,” the 66-bed hospital is set to be open 24/7 and staffed by more than 60 personnel.

It will be able to serve 150 patients at a time and includes a triage area, an ER ward, men’s, women’s and children’s wards, labor and delivery facilities, imaging and telehealth technologies, mental health services, a lab, a pharmacy and an outpatient clinic.

The hospital is being operated by Israel’s Health Ministry, Sheba Medical Center, the Clalit HMO and medical teams from other hospitals. It will not be manned by the IDF’s medical corps as in previous state missions to disaster areas. 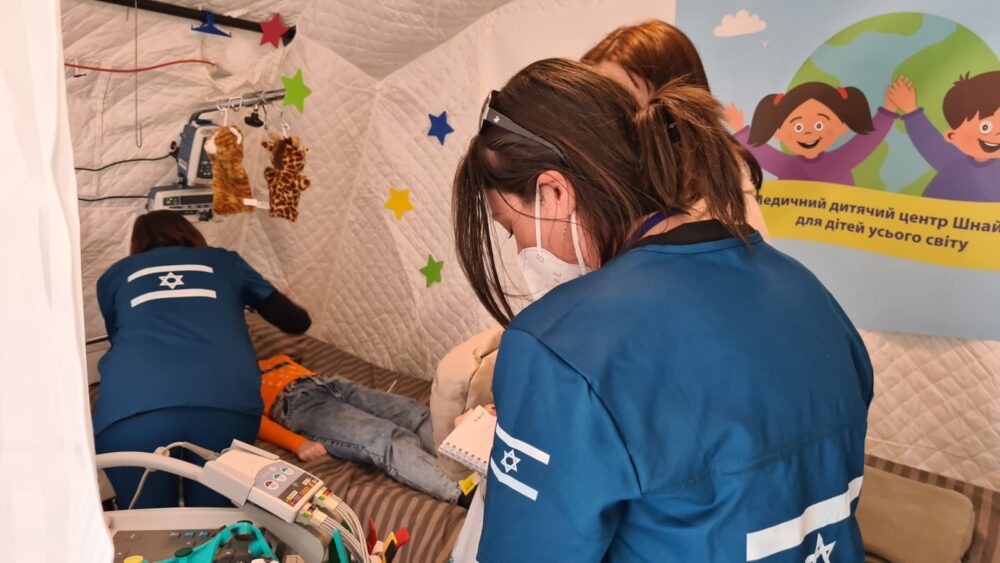 A 12-year-old girl is treated at the Israeli field hospital in Ukraine. The girl fled with her mother, a nurse by profession, from the war-torn Donetsk region. Photo by Naama Frank Azriel of Sheba Hospital.

The hospital was launched with an inauguration ceremony that included remarks by the mayor of Mostyska, the district head, the leader of the delegation, the hospital director and Israel’s deputy ambassador to Ukraine.

A day earlier, the hospital delegation was sent off from Israel in a ceremony attended by Israeli Prime Minister Naftali Bennett and Foreign Minister Yair Lapid.

“Israel is the first country that is establishing a field hospital within Ukraine to treat victims of the war,” Lapid noted on Twitter. “We are doing it for the sake of Ukrainian children, but our children also need to know that the State of Israel does not stand aside. Where there is suffering and horror, we will extend a comforting hand and do anything to help.” 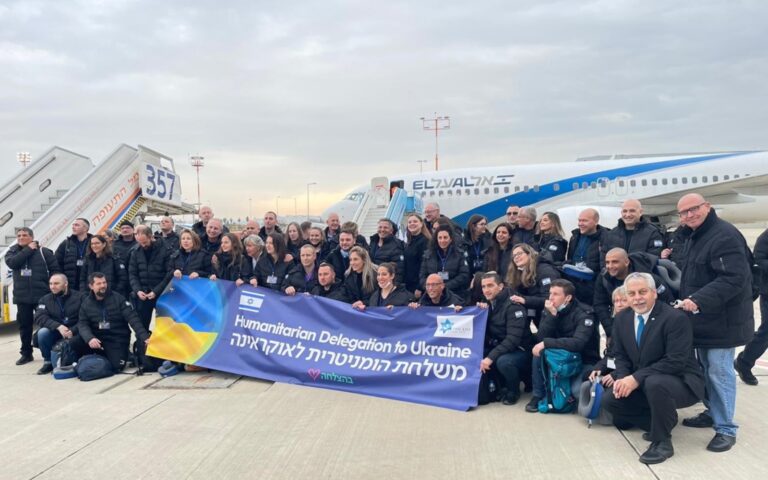 The Israeli delegation prior to take-off at Ben-Gurion Airport. Photo courtesy of Sheba Medical Center.

Multiple Israeli aid organizations are already operating in Ukraine and neighboring countries to aid refugees and the wounded. Magen David Adom, for example, sent four armored ambulances to Ukraine to help evacuate the wounded even under fire. Dream Doctors, meanwhile, is treating Ukrainian refugees in nearby Moldova, as is United Hatzalah.