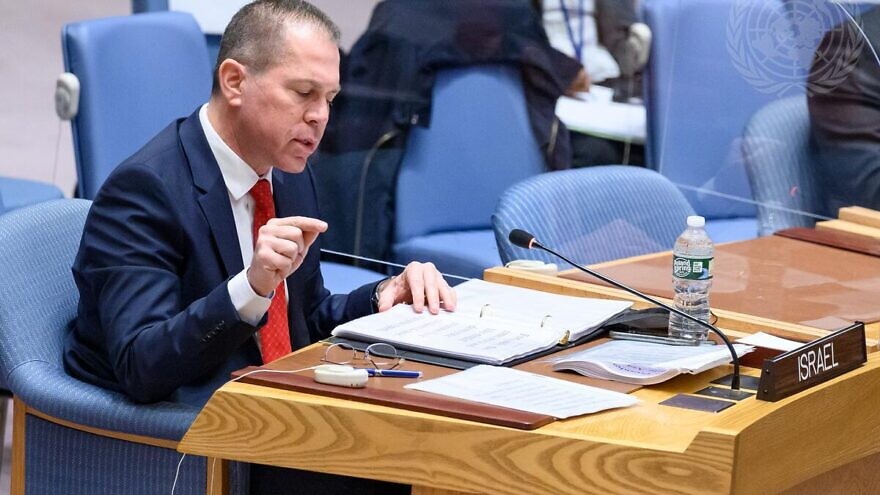 (February 24, 2022 / JNS) Palestinian ambassador to the U.N., Riyad Mansour, wore a mask saying “End Apartheid” during an exchange at the U.N. Security Council’s monthly meeting on the Middle East.

Mansour said that Israeli actions such as denying the right of return to Palestinian refugees from 1948 amounted to “apartheid.”

According to the report, Mansour responded, “I am so sorry, but the doors of this chamber could not fit Israeli F-16s, tanks, warships, military jeeps, drones, bombs and missiles.”

Erdan criticized the U.N. Human Rights Council’s Commission of Inquiry, Amnesty International, Human Rights Watch, and other NGOs for launching “a jihad war against the only vibrant democracy in the Middle East.”

These organizations have published reports recently that “have attempted to brand Israel with absurd claims and heinous accusations,” he added.

“But make no mistake, this is a joint campaign between these organizations and the Palestinians with the mission of delegitimizing Israel as a Jewish democratic state,” he said.