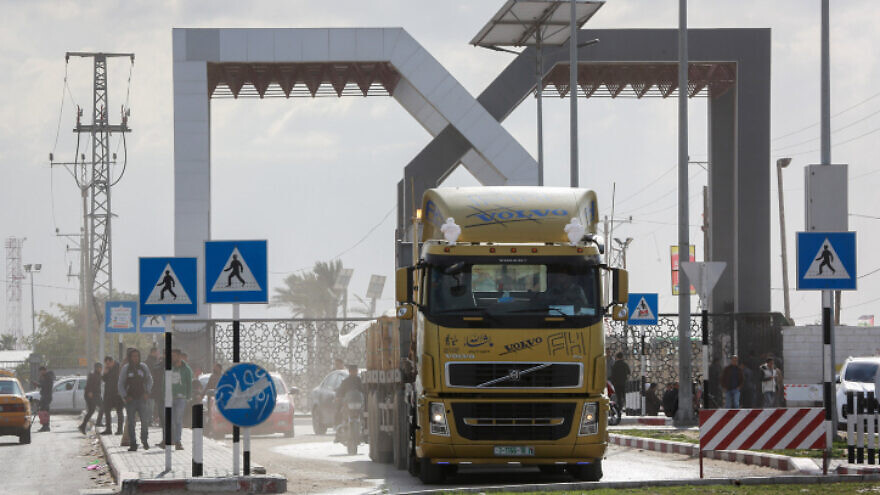 (August 11, 2020 / Israel Hayom) Israeli Defense Minister Benny Gantz on Monday ordered operations at the Kerem Shalom crossing, through which goods enter the Gaza Strip, to be temporarily closed down.

The move followed a recent rise in tensions in the south, including multiple attacks launched from Gaza as well as retaliatory Israeli strikes against Hamas, the terrorist group which controls the coastal territory.

The flow of humanitarian aid and fuel through Kerem Shalom will remain unchanged, Gantz’s office stressed.

The defense minister reportedly made the decision following consultations with the military and other defense establishment officials.

“Israel and the IDF will react forcibly against any infringement on our sovereignty and any harm that comes to Israeli civilians,” the Defense Ministry said in a statement.

“Such incidents will first and foremost hurt the residents of the Gaza Strip and the efforts to improve its economic state for the welfare of the Palestinian people,” the statement continued. 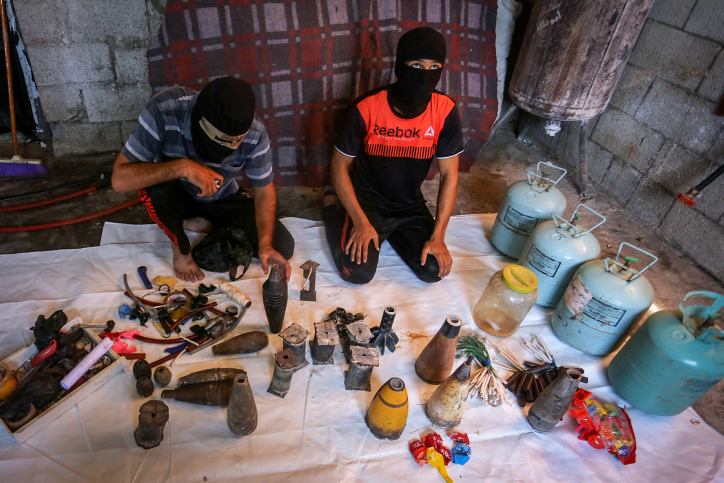 Palestinians prepare explosives and flammable materials to be attached to balloons and launched into Israel, in Rafah in the southern Gaza Strip, on Aug. 8, 2020. Photo by Abed Rahim Khatib/Flash90.

The past week has seen a rapid increase in cross-border incidents, with Gaza-bases terrorists sending explosives-laden balloons over the border.

So far, the majority of the devices have been located and neutralized by police and military sappers, but some have exploded in open areas in border-adjacent communities, causing fires.

The Israel Defense Forces struck Hamas posts in northern Gaza in response, according to the military.

Hamas officials told Israel Hayom Monday that the organization will not prevent further escalation unless Israel meets its demands with respect to easing the blockade on the coastal enclave.