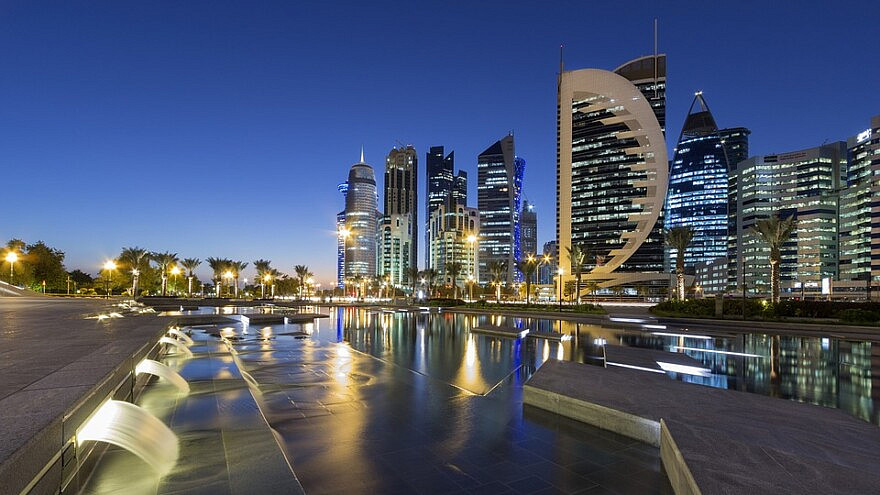 (November 17, 2022 / JNS) Israelis attending the 2022 FIFA World Cup that kicks off on Sunday are being urged to avoid standing out.

“The Iranian team will be in the World Cup and we estimate that tens of thousands of fans will follow it, and there will be other fans from Gulf countries that we don’t have a diplomatic relationship with,” said Lior Haiat, head of the National Public Diplomacy Directorate in the Prime Minister’s Office.

“Downplay your Israeli presence and Israeli identity for the sake of your personal security,” Haiat said, addressing the Israeli fans.

The unprecedented influx of thousands of Israeli fans to Doha for the first World Cup in the Middle East has sparked fears of a thorny diplomatic crisis between the countries with no formal diplomatic relations.

Israel’s warning is part of a Foreign Ministry campaign launched on Wednesday to educate the nation’s soccer fans about the conservative Muslim country’s laws and customs.

The campaign’s website, in Hebrew and Arabic, describes a potential minefield that awaits Israeli tourists—who are not known for their discretion—in Qatar, a country that criminalizes homosexuality, prohibits drugs, and limits alcohol consumption.

Israelis are asked to cover any Israeli or Jewish symbols, which is likely a reference to Israeli flags and Stars of David.

Estimates vary, but according to reports, nearly 4,000 Israeli Jews and 8,000 Israeli Arabs have obtained entry visas to Qatar for the tournament. The foreign ministry anticipates that up to 20,000 Israelis will attend the World Cup, including those with passports from other nations.