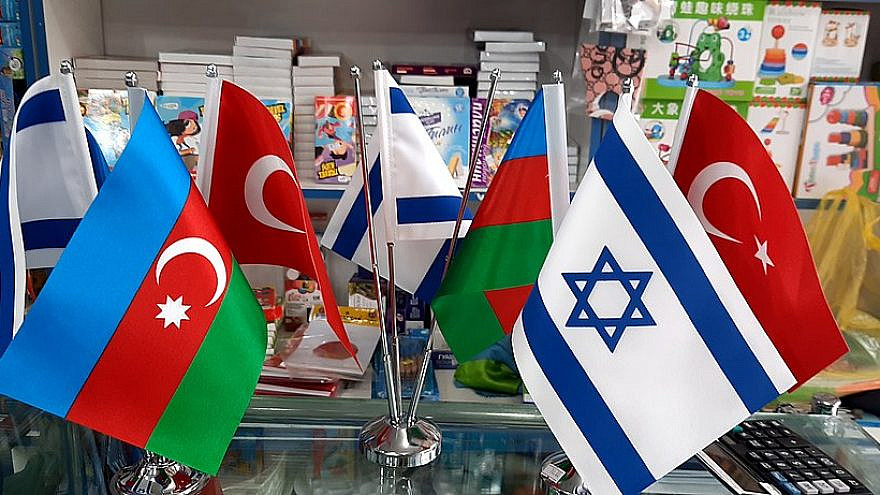 According to Aryeh Gut, an expert on Israel-Azerbaijan ties and the executive director of the Azerbaijan House in Israel, Baku and Jerusalem have bolstered ties thanks to close cooperation in the fields of agriculture, medicine and defense, among others.

Gut told Israel Hayom that “Israel was one of the first countries to recognize an independent Azerbaijan. No country in Eurasia has been a closer friend to Israel than Azerbaijan.”

He noted that “Israel is one of the strategic buyers of Azerbaijani oil. Following the liberation of the occupied territories, in which Israel played a central role, Israeli figures are very interested in investing in those territories in Nagorno-Karabakh, alongside the Israeli medical assistance already provided by Israel to casualties of the war.”

Micky Aharonson, an expert on international relations at the Jerusalem Institute for Strategy and Security, explained that “the totality of interests that make it important for Israel to maintain ties with Azerbaijan have not changed.”

“This is a Muslim country that borders Iran,” she said. “For years, Israel has maintained good ties with them, including economic ties. There isn’t necessarily a connection between the private firms involved in rehabilitation and strategic ties between the countries.”

Khazar told Anadolu that other countries to offer Baku assistance are Turkey, Iran, Great Britain, Italy, Hungary and Japan. “The rehabilitation of liberated territories will be carried out while ensuring the preservation of the region’s historical and authentic heritage alongside technological innovations,” the envoy said.

According to Khazar, the Nakhchivan Corridor, the product of one of the ceasefire clauses in the Second Karabakh War, has created new opportunities for regional cooperation, chief among them the export trains that have already begun to pass through Azerbaijan on their way from Istanbul to Central Asia and even China in recent weeks.

Nevertheless, the war has done a lot of damage, in particular to Azerbaijan’s economy. According to Khazar, “The extent of the material damage from Armenia’s attacks stands at more than $50 million.” He noted that “after the liberation, the images of our historic lands were those of devastation.”

According to Azerbaijani assessments, since the end of the First Nagorno-Karabakh War, the Armenians destroyed 700 historic and cultural sites, 700 libraries, 85 arts and music institutes, 22 museums housing over 100,000 items, four art galleries, four theaters and two concert halls across the Caucus territory.

“The Armenian military, which found itself helpless in the face of our military, did not hesitate to shoot at civilians in cities that weren’t even in the war zone,” he claimed. “As a result, 100 of our citizens were killed, 416 were wounded, and major damage was caused to civilian infrastructure.”