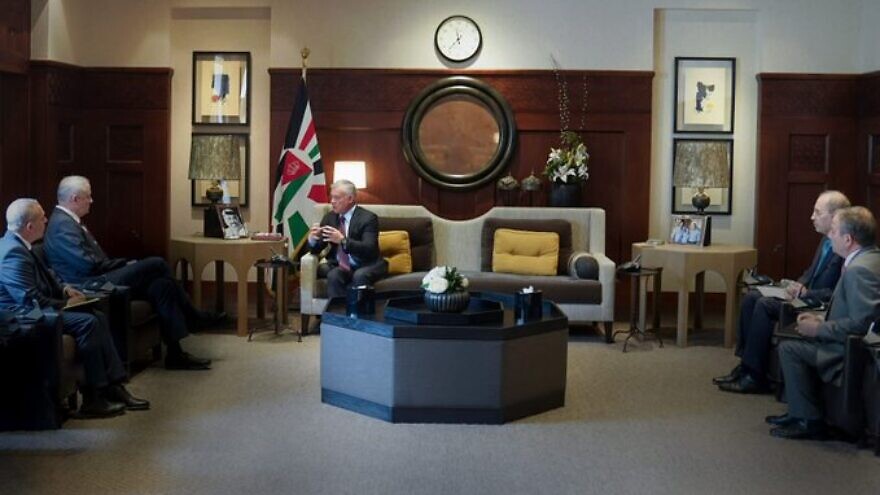 (March 29, 2022 / JNS) Israeli Defense Minister Benny Gantz met with Jordan’s King Abdullah II in Amman on Tuesday to discuss regional and security challenges ahead of the Jewish holiday of Passover, the Muslim holiday of Ramadan and Christian holiday of Easter, all of which coincide this year.

Gantz discussed the measures that Israel is planning to take in order to enable freedom of prayer in Jerusalem and Judea and Samaria, according to an official Israeli statement.

He also discussed the importance of security coordination during this period, as well as additional civilian measures that will benefit Palestinians in Judea and Samaria and in Gaza, and which will be implemented in accordance with Israel’s security interests, according to the statement.

The Israeli defense minister also emphasized the importance of maintaining regional peace and stability and the need to fight terrorism in all its forms, specifically to act forcefully against ISIS, which has claimed credit for the recent deadly terror attacks in Israel.

He also thanked Abdullah “for his leadership and positive influence in the region, and for his willingness to deepen peaceful relations and to expand cooperation between the Kingdom of Jordan and Israel in all areas,” according to the statement.