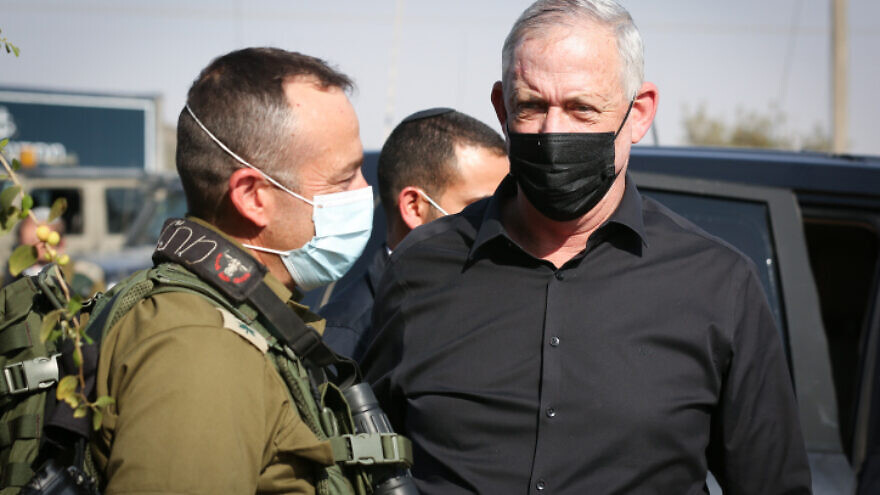 (October 28, 2020 / Israel Hayom) “Lebanese citizens should know that Hezbollah is their problem, not Israel, because if Hezbollah acts against the State of Israel, Lebanon will pay the price. I hope it does not happen, and we’re here to be prepared for a moment I hope will not come,” said Israeli Defense Minister Benny Gantz on Tuesday.

It was not the first time the defense minister, who is also Israel’s alternate prime minister, has issued such a warning. In July, Gantz said the IDF had been instructed to bomb Lebanese infrastructure if Hezbollah harmed Israeli soldiers or civilians.

Gantz also signaled optimism about the prospect of an eventual peace deal between Israel and Lebanon, as the two countries are holding rare indirect talks on demarcating their disputed maritime border.

“I also hear positive voices in Lebanon that are even talking about peace with Israel, who are implementing processes with us like shaping the maritime border,” Gantz was quoted as saying in a statement from his office.

Gantz’s remarks came during a visit to the northern part of the country to observe one of the largest IDF drills ever, which kicked off on Sunday. Dubbed “Lethal Arrow,” the exercise, which is scheduled to last until Thursday, simulates a war with Israel’s enemies along the northern border.

“The defense establishment must ensure security 365 days out of the year on every front,” added Gantz. “A significant aspect of Israel’s security is the IDF’s readiness [for war]. I welcome this comprehensive training exercise that is taking place in almost every part of the country.”

Assessments of Hezbollah’s missile arsenal put its stockpile at some 130,000, many of which are precision-guided.

The terrorist organization’s missiles have been hidden in, near and under up to 200 villages in southern Lebanon. Locating and neutralizing these stockpiles might require house-to-house searches and close-quarters combat.

Hezbollah, which is a key player in the unstable world of Lebanese politics, has denounced the Gulf states’ recent normalization treaties with Israel, though Lebanese Prime Minister-designate Saad Hariri is backed by Saudi Arabia, which has quietly supported the Gulf’s rapprochement with Israel.