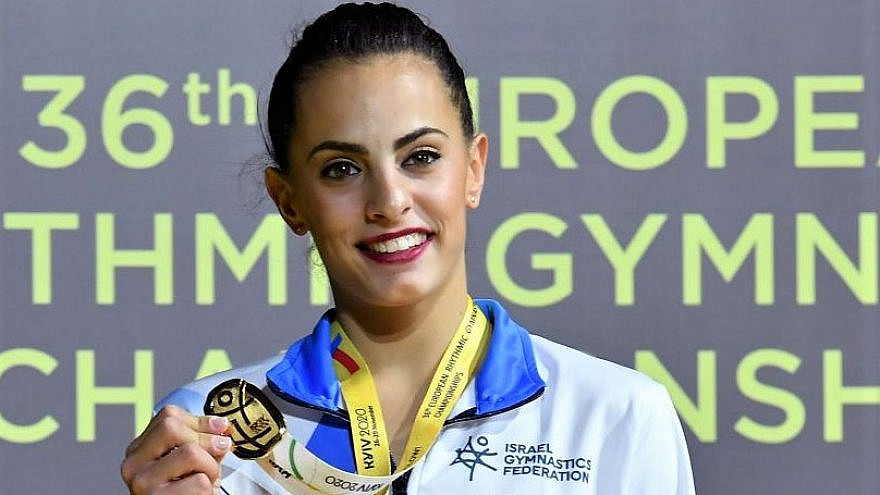 The 21-year-old took home a gold medal for her individual ball routine, which earned her a score of 28.550, and put her ahead of high-ranking gymnasts and Russian twin sisters Dina and Arina Averina.

She performed her routine to a rendition of the song “Big in Japan” by Ane Brun, a clear nod to the upcoming Summer Olympics in Tokyo, which was rescheduled from last year to this summer due to the coronavirus pandemic. Ashram will represent Israel at the Olympics.

The Israel Defense Forces’ veteran also won a silver medal in the finals of the hoop category with a score of 26.850, only 0.050 points away from Dina Averina, and another silver in the clubs category, again behind Averina.

Gymnast Nicole Zelikman is the only other Israeli who made it to the finals, coming in fifth in the balls category and seventh in hoops.