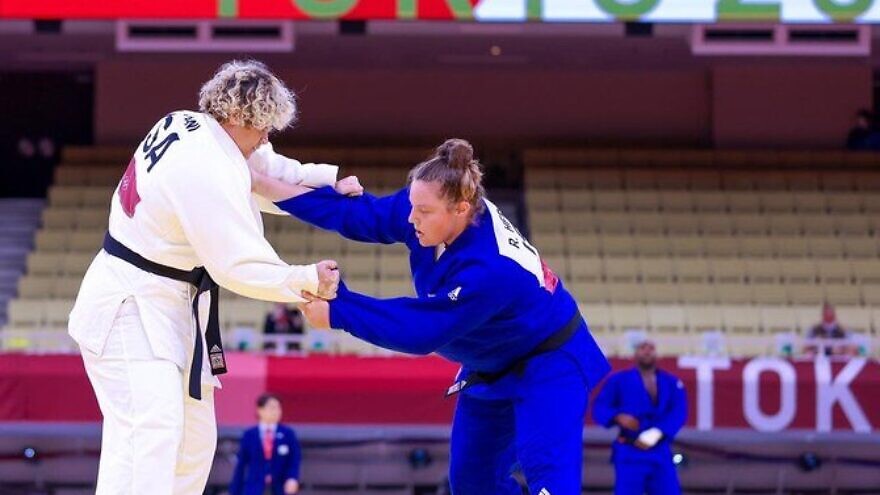 (August 1, 2021 / Israel Hayom) Despite heavy pressure to boycott her scheduled match against Israel’s Raz Hershko on Friday, judoka Tahani al-Qahtani of Saudi Arabia chose to face off against Hershko in the women’s 78 kg. category of the Tokyo Olympics.

Hershko beat Al-Qahtani, but went on to be eliminated from the Tokyo Games. After the match, Hershko and Al-Qahtani shared a warm, non-combative embrace.

“I’m happy this match took place. After the match, we talked a little in the hall, but she [Al-Qahtani] didn’t want the media to document it. We shook hands and hugged; we talked about the match, about the situation in her country,” Hershko said.

“I told her I understood, and that she was brave. I’m happy she eventually stood up, despite everything, and fought like she should. I’m happy that the sport won out,” Hershko added.

As of last Monday, it was still unclear whether or not Al-Qahtani would face Hershko. Despite the political pressure on her to forgo the match, a number of social-media users opined that she should compete, whether because they felt that the Olympics are apolitical or because they wanted to see her “beat the devil.”

The Hershko-Al-Qahtani match came after Algerian judoka Fethi Nourine was sent home from the games for refusing to compete against Israel’s Tohar Butbul.

The International Judo Federation called Nourine’s stance “in total opposition to the philosophy of the IJF. The IJF has a strict non-discrimination policy, promoting solidarity as a key principle.”