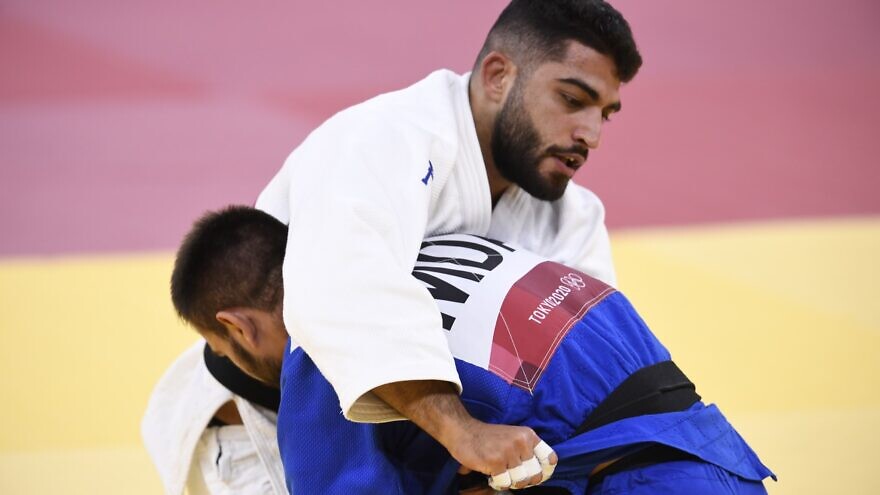 (July 26, 2021 / JNS) A second judoka dropped out of the Olympic Games in Tokyo in order to avoid facing an opponent from Israel.

Sudan’s Mohamed Abdalrasool weighed in earlier for his match against Israeli judoka Tohar Butbul in the 73-kilogram division but did not show up for the bout on Monday, reported The Guardian. The International Judo Foundation and Sudanese Olympic officials did not provide a reason why Abdalrasool missed the match.

Abdalrasool was supposed to face Algerian Fethi Nourine in an earlier round, but Nourine also pulled out of the Olympics on Saturday because the winner of that fight would have to take on Butbul. The Algerian judoka said he didn’t want to compete against Butbul due to Israel’s treatment of Palestinians, according to Fox News.

The International Judo Foundation (IJF) temporarily suspended Nourine and his coach, Amar Benikhlef, on Saturday, citing the IJF’s “strict non-discrimination policy, promoting solidarity as a key principle, reinforced by the values of judo.” The case was referred to the IJF’s Disciplinary Commission “for further investigation, judgment and final sanctioning beyond the Olympic Games.”

The Algerian Olympic Committee also withdrew Nourine and his coach’s accreditation, and plans to send them home.

Nourine previously dropped out of the 2019 World Judo Championships to avoid competing against Butbul.

The Israeli judoka made it to the Olympic quarterfinals on Monday before losing to South Korea’s An Chang-rim and then Arthur Margelidon of Canada in repechage, ending his first Olympics in seventh place.