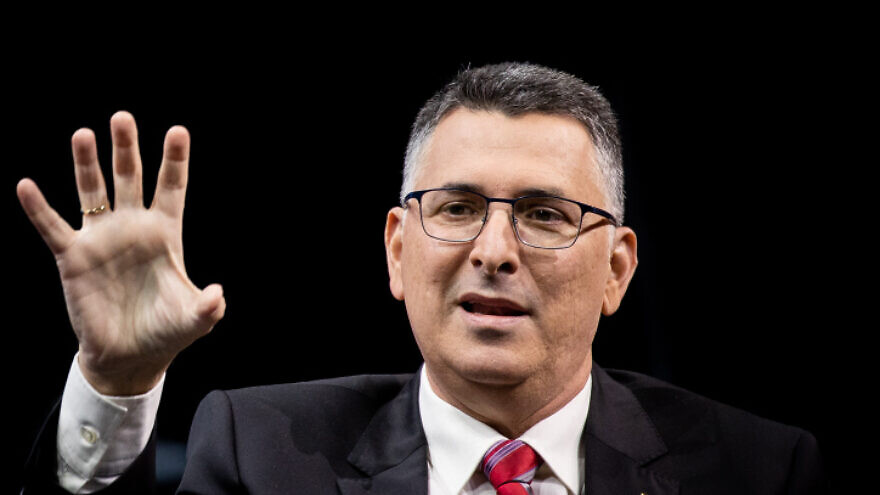 (June 8, 2022 / JNS) The partnership between the New Hope Party, headed by Israeli Justice Minister Gideon Sa’ar, and the Islamist Ra’am Party “may have exhausted itself,” Sa’ar stated on Tuesday.

In a Ynet interview, the justice minister called on members of Israel’s beleaguered coalition government to do whatever is necessary to renew legislation enabling Israeli law to be applied to Israeli citizens living in Judea and Samaria. The bill to renew the Emergency Regulations—Judea and Samaria, Jurisdiction and Legal Aid Law enacted in 1967 failed to pass in a vote on Monday, after Meretz Knesset member Ghaida Rinawie Zoabi and Ra’am’s Mazen Ghnaim voted against it, while the remainder of the Ra’am Party abstained.

“What it did borders on madness,” said Sa’ar of the coalition failing to pass the proposed legislation.

The justice minister said he intended to bring the bill before the government for approval on Sunday, but did not indicate whether he would then bring it before the Knesset again for another vote.

“There is a need to enforce, without compromises and immediately, coalition discipline,” he told Ynet. “From my perspective, at this time Ra’am is not conducting itself as a party in the coalition, and it will pay a price for that.”

“This is unacceptable. Meretz did not enforce coalition discipline, and not for the first time. Ra’am went wild. They will categorically pay prices, otherwise they will saw off the branch that holds up the government’s existence,” he stated.