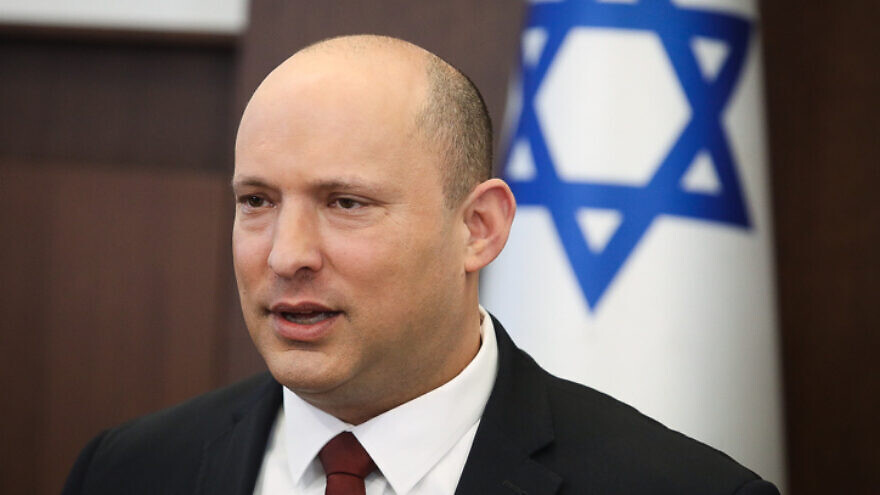 Israel’s leadership vowed a swift response to ending the latest terror wave, while also offering condolences to the victims and their families, in a flurry of statements on Tuesday evening.

“Israel is facing a deadly wave of Arab terrorism,” said Israeli Prime Minister Naftali Bennett in a statement. “My heart goes out to the families who lost their loved ones tonight, and I pray for the well-being of the wounded.”

He went on to say that security forces are responding, and that “we will fight terror with perseverance, stubbornness and an iron fist. They will not move us from here. We will win.”

Later in a video address to the Israeli public, Bennett said that what Israel faced during “Operation Guardian of Walls” last May “was a harbinger of things to come,” referring to the violence in mixed Jewish and Arab cities during that conflict in the Gaza Strip.

“The security forces of the State of Israel are among the best in the world. They are prepared to face the task, and as in previous waves, this time, too, we will win.”

According to the Prime Minister’s Office, a security consultation was held on Tuesday night.

“The chain of events in this evening’s terrorist attack in Bnei Brak and Ramat Gan was presented at the discussion. The immediate operational steps to be taken by the security forces were also discussed,” said a statement.

Israeli Defense Minister Benny Gantz said that security forces will use “all means” to confront the wave of terror.

We’ve been through difficult periods as a people and as a nation in the face of terror waves—and we’ve always won with determination and force, and will do so this time as well. The entire security establishment—the IDF, the Shin Bet and the police—will employ every available means to restore security to the streets of Israel, and the sense of security to its citizens,” he wrote on Twitter.

He added that “the entire security establishment—the IDF [Israel Defense Forces], the Shin Bet and police—will work using all means to restore security to the streets of Israel and a sense of security to its citizens.”

To that end, IDF Chief of Staff Lt. Gen. Aviv Kochavi has ordered additional forces into Judea and Samaria. According to the IDF website, police alert status is higher than it has been since last May’s 11-day conflict with Hamas in the Gaza Strip—the IDF’s “Operation Guardian of the Walls.”

Meanwhile, Israel’s Foreign Minister Yair Lapid said that it has been a “very difficult” evening and that “violent and cruel terrorism harms innocent civilians.”

“My heart goes out to the families receiving the hardest news tonight. I send wishes for a speedy recovery to the wounded and wish to strengthen their families,” he said. “The State of Israel is strong; we will fight terrorism with force and determination. The security forces face tense days ahead of them. I offer them strength and pray that they will return home in peace.”

Bennett also announced that he will convene a high-level security cabinet meeting to address the terror attacks that have occurred in recent days.