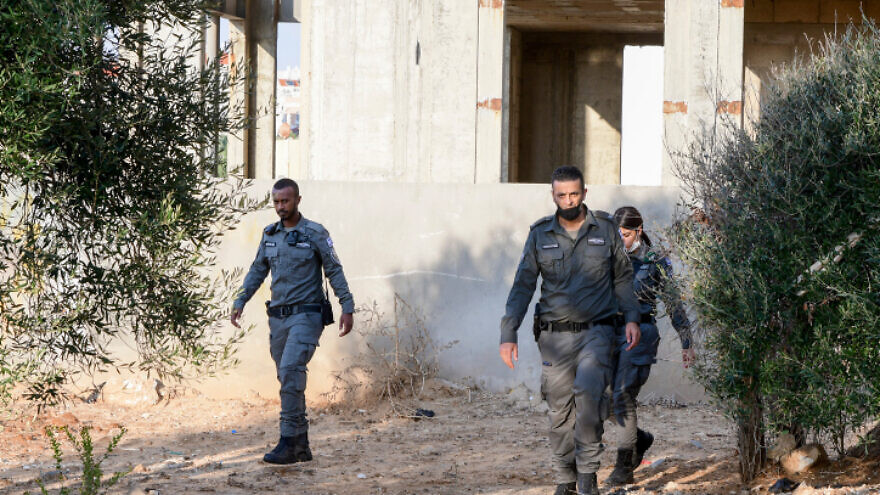 Police at the scene of a suspected terror attack in Jaffa, on Nov. 21, 2021. Photo by Avshalom Sassoni/Flash90.
Spread the word.
Help JNS grow!
Share now:

(November 22, 2021 / JNS) A 67-year-old man was moderately wounded in a suspected terrorist attack in Jaffa on Sunday, according to the Israel Police.

The suspect, a Palestinian resident of Jenin, stabbed the man on Bat Yam Street and fled. Forces called to the scene located the suspect in a nearby building, following a brief search, and arrested him.

According to police, initial findings indicate that the attack had a nationalist motive. The investigation is ongoing.

The attack came just hours after one man was killed and four others wounded in a terror attack in Jerusalem’s Old City.

At approximately 9 a.m., a man later identified as Fadi Abu Shkhaydam of Shuafat opened fire at passersby near the Chain Gate to the Temple Mount, wounding four people. Border Police responding to the attack shot and killed the assailant, two of them suffering light wounds during a brief gun battle. According to Kan news, the terrorist was also carrying a knife. 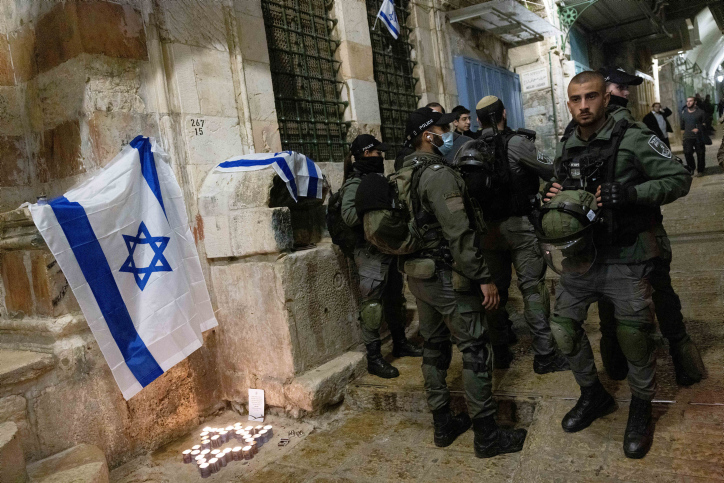 Israeli Border Police officers at the site of a deadly terrorist attack in the Old City of Jerusalem, on Nov. 21, 2021. Photo by Yonatan Sindel/Flash90.

Shkhaydam  was a known member of Hamas’s so-called “political wing,” according to Israeli media reports, and the terror organization praised the attack as a “commando operation.”

On Nov. 19, U.K. Home Secretary Priti Patel laid before the British Parliament an order to completely ban Hamas from the United Kingdom, as a terrorist organization.

“The organization’s military wing is already banned in the U.K., but following a new assessment, the Home Secretary has concluded it should be proscribed in its entirety,” according to an official Home Office statement.

“This action will support efforts to protect the British public and the international community in the global fight against terrorism. Hamas is already listed in its entirety by the United States and European Union,” the statement added.