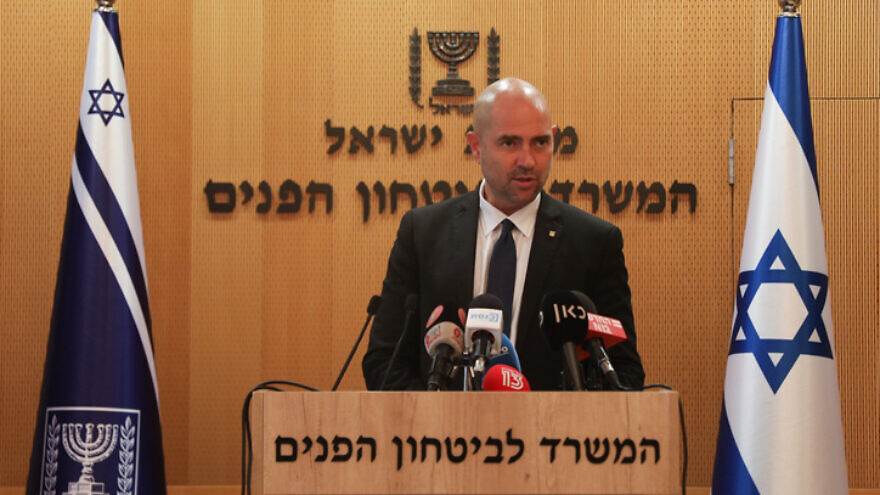 In a letter to Mandelblit, Ohana said that the attorney general was not taking the threats seriously, and accused Mandelblit of acting as if he had a personal vendetta against Netanyahu.

“Your smug letter indicates that you are not taking my request about the growing threats to the lives of the prime minister and his family seriously,” wrote Ohana.

“Recently, it seems as if you have been acting like someone with a personal vendetta against the prime minister, in the sense of ‘it’s him or me,’ as seen in a series of decisions, such as your intervention in preventing the prime minister from receiving [public] funding for the costs of the trial you forced upon him, despite you having an inherent conflict of interest as the accuser and prosecutor who is seeking to convict him,” wrote Ohana.

Ohana’s harshly-worded missive came in response to Mandelblit’s refusal of his request to cancel a regulation stipulating that a senior member of the State Attorney’s Office must sign off on a criminal investigation into suspected abuse of the freedom of expression to incite to violence. Ohana had asked that the regulation be canceled in light of the growing incitement against Netanyahu and his family that has been appearing on social media.

Ohana’s letter went on to say that “we are talking about life and death … in a public arena that is already restive, we are now hearing explicit calls to kill the prime minister and his family. These are blatant, explicit calls, unlike what is known as ‘the incitement that led up to the murder of Yitzhak Rabin.’ We are not talking about hints, but explicit, sometimes graphic, threats against his life.”

Ohana also noted a few specific cases of incitement, including a post on social media by a man who wrote that “any one of the demonstrators [against the government’s policies] is willing to sacrifice himself for the sake of the country and be the Yigal Amir [the man shot Prime Minister Yitzhak Rabin] who carries out an assassination of Bibi [Benjamin Netanyahu].” To which another individual wrote, “Whoa, you’re right. We need to take out Bibi like they took out Rabin.”