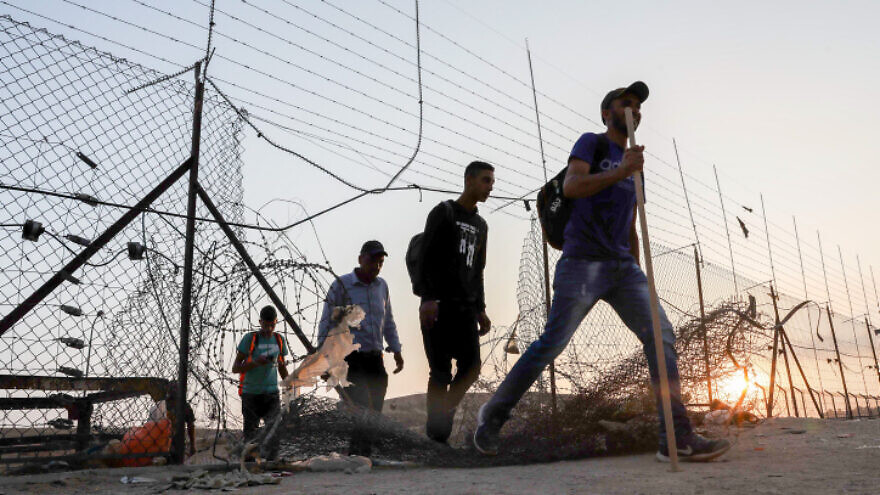 (April 11, 2022 / JNS) Israel’s Security Cabinet approved on Sunday a 360 million shekel ($112 million) plan to extend the security barrier by 40 kilometers, and to close some of the gaps in the fence, according to a statement from the Prime Minister’s Office.

The approval comes after two terrorists exploited gaps in the barrier to enter Israel in vehicles to conduct attacks.

The new section of the barrier will extend from the Salem area in northern Samaria to the Bat Hefer region, according to a Defense Ministry statement. The new concrete barrier will be up to nine meters high and replace the fence erected 20 years ago, according to the ministry. It will include “protective equipment and additional technological components,” the statement added.

Israeli Defense Minister Benny Gantz’s office said in a statement on Saturday that construction would occur in line with “operational priorities,” referring to the locations along the fence’s route where construction will begin.

A plan for sealing the gaps had already been scheduled for implementation, but would now be fast-tracked due to “urgent operational need,” the statement continued.

Additional work to seal more gaps will continue in the coming years, it added.

The meeting also examined “adaptations” to the defense budget to allow the funds for the work to be allocated quickly, according to Gantz’s office.

On Thursday, three Israeli civilians were murdered by a Palestinian terrorist from Jenin, who opened fire at a Tel Aviv bar.

On March 29, three Israelis and two Ukrainian nationals were murdered when a Palestinian terrorist from the village of Yabad, near Jenin, went on a shooting rampage in Bnei Brak.

Both terrorists illegally entered Israel through gaps in the barrier.