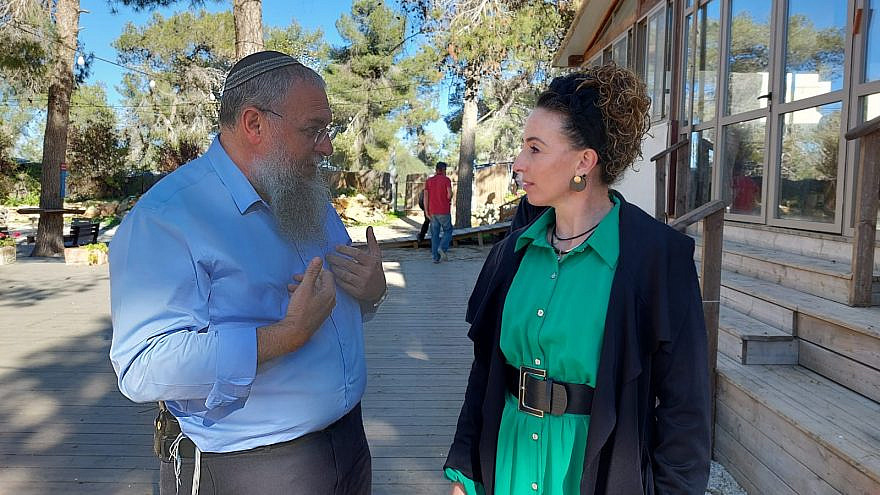 (January 19, 2023 / JNS) Idit Silman of the Likud Party toured Gush Etzion on Thursday, in her first visit to Judea and Samaria in her new role as minister of environmental protection.

The minister met with Gush Etzion Regional Council and Yesha Council Chairman Shlomo Ne’eman and local activists from whom she learned about their struggles to protect the region’s environment from Palestinian Authority depredations, according to a Gush Etzion Council statement.

They informed Silman about the P.A.’s negligence in Areas B and C of Judea and Samaria, commonly known as the West Bank, including water pollution from sewage, and garbage and waste issues.

“The fight for quality of life and the quality of the environment is a fight for the land itself. There are large-scale illegal activities taking place here non-stop, from unsupervised burning to water pollution, illegal quarries, and the illegal takeover of open areas,” Ne’eman said.

Silman said, “The Ministry of Environmental Protection will fight for sovereignty and governance in Judea and Samaria. We will do so by advancing legislation which strengthens environmental supervision and enforcement of the laws, while creating deterrence against environmental crimes.”

Kfar Etzion Field School Assistant Director Amichai Noam said, “Minister Silman’s visit, less than a month after assuming her new role, sends an important statement for which we are grateful. We stand by the minister, along with the Gush Etzion Regional Council and all councils throughout Judea and Samaria, in tackling important environmental issues and preserving the environment for future generations.”

It was decided that follow-up meetings would take place between the minister’s staff and local environmental officials.