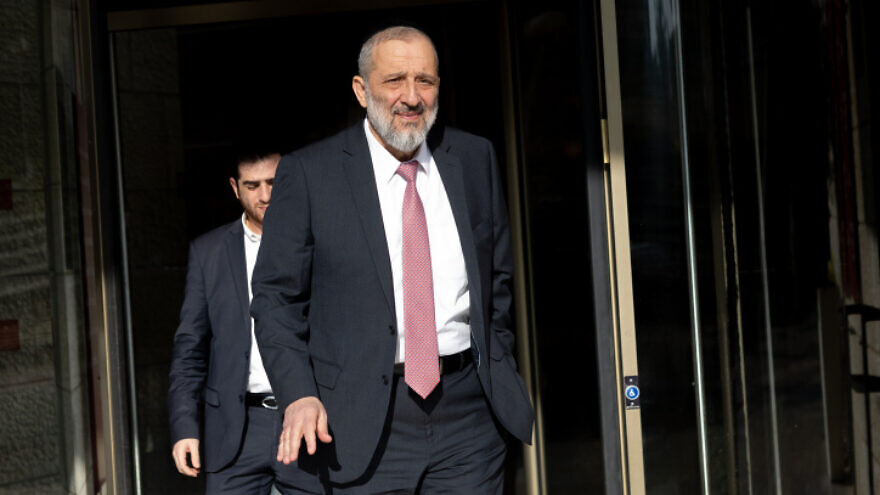 Sitting in full-bench with all 11 justices, the court considered the petitions of several NGOs strongly opposed to Deri’s inclusion in Israel’s new government on the grounds that his 2022 conviction on tax fraud charges, along with a prior conviction in 1999 on bribery charges, make his appointment “unreasonable.”

In the days leading up to the hearing, Attorney-General Gali Beharav-Miara had informed Prime Minister Benjamin Netanyahu that she could “not defend his position regarding the appointment of MK Deri” in court.

Despite finding merit in the petitioners’ argument, the AG nonetheless said she would not support their claim that the so-called “Deri Law’” violated Israel’s Basic Laws, or de facto constitution.

Israel’s Knesset in Dec. passed an amendment allowing Deri to serve as a minister. The amendment to Basic Law: The Government limited the prohibition on elected officials convicted of a criminal offense from becoming a minister to only those serving active jail sentences, and not suspended ones such as Deri received as part of his plea bargain in February.

Deri served 22 months out of a three-year jail term handed down to him in 2000.

In addition to the “unreasonable” argument, the petitions against Deri argue that the bill allowing his appointment should be struck down because it was passed due to political considerations.

By contrast, the defense is contending that his appointment is crucial to government stability and thus benefits Israel’s citizenry.

Meanwhile, Israeli Justice Minister Yariv Levin announced on Wednesday a far-reaching program for judicial reform, with an emphasis on reining in the Supreme Court.

“The increasing interference of the judiciary in the decisions of the government and in the legislation of the Knesset have degraded the trust in the judicial system to a dangerous low, led to a loss of sovereignty and severe damage to democracy,” Levin said at a press conference at the Knesset.

“We go to the polls, vote, choose, but time and time again people we didn’t choose decide for us,” he said, reflecting the widespread view among Israeli right-wing voters that the court has expanded its powers to make law, rather than just interpret it.

1. Changing the way judges are selected so that the Knesset members will have majority say on the Judicial Selection Committee;

2. Passing an ‘override clause,’ a law that would give legislators the power to reverse, or ‘override,’ the Supreme Court when it strikes down laws;

3. Abolishing the legal justification of “reasonableness” by which the court can cancel Knesset decisions;

Advocates for judicial reform argue that the Supreme Court has no right, in particular, to overturn parliamentary laws, and the “override clause” would give legislators the power to reverse this with an absolute majority of 61 votes in the 120-seat Knesset.