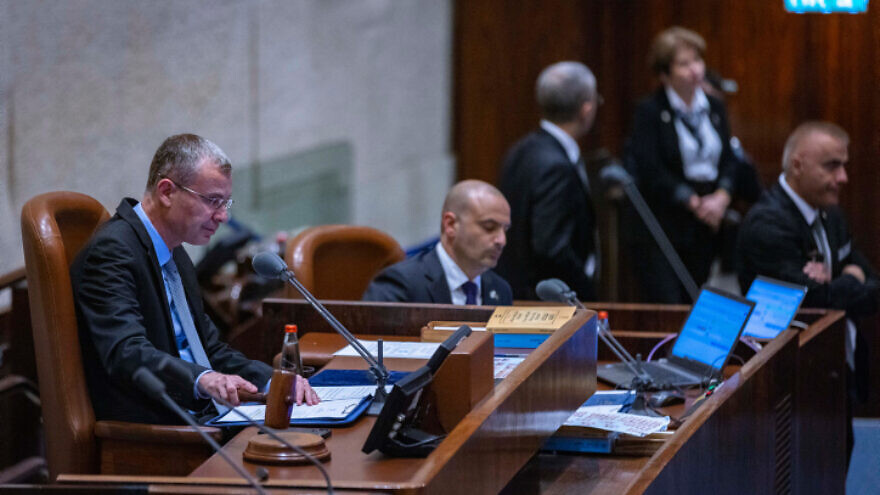 The amendment to Basic Law: The Government, which passed by a 63-vote majority following an all-night filibuster, merged two bills.

The first limits a law prohibiting elected officials convicted of a criminal offense from serving as a minister to apply only to those serving active jail sentences. Deri, convicted of tax offenses in February, was sentenced to a conditional jail term and a financial penalty.

The second permits more than one minister to be appointed to a ministry, enabling Smotrich to take charge of the Civil Administration, which operates under the Defense Ministry and is responsible for construction and other bureaucratic matters in Area C, which comprises 60% of Judea and Samaria, or the West Bank.

Smotrich and Deri insisted the amendment pass before the new government was sworn in, currently scheduled for Thursday.

The Yesh Atid Party, soon to be in the opposition, stated, “Deri’s law is further proof of Netanyahu’s embarrassing weakness in the face of his extremist partners.”

Likud MK Shlomo Karhi, who headed the special committee that debated the law, rejected the criticism, saying, “We are laying the groundwork for the new government and we will bring the State of Israel to the dawn of a new day.”

Likud MK Yariv Levin announced he was stepping down as Speaker of the Knesset on Tuesday in anticipation of being appointed Minister of Justice in the new government. Prime Minister-designate Benjamin Netanyahu will appoint a new speaker from his Likud Party.