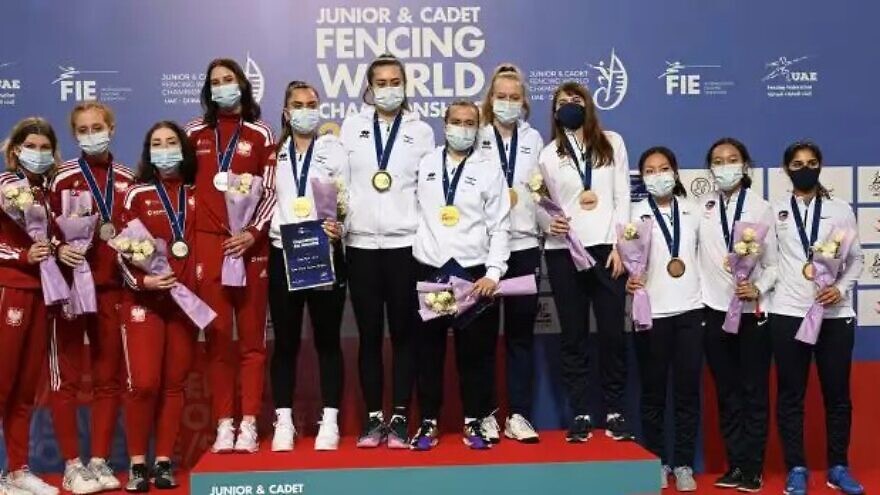 In the junior women’s team épée, Israel won first place with a 45-42 score against Poland in the finals on Sunday. Poland won the silver after beating the United States in the semifinal round, 39-34. The bronze medal went to the United States.

“I believed in myself, in my team, in my coach and in my fencing—it was a great day,” said Israeli fencer Nicole Feygin. “For the comeback in the final, I knew I had to get to 45. My coach told me to do it, and I did. I feel great, and it was amazing.”

The competition was held over the course of nine days with 18 events at the Hamdan Sports Complex. This year’s international competition also had the largest participation in its history—1,644 fencers from 103 countries. There were 42 men’s teams and 33 women’s teams participating.

In the junior men’s team épée, Egypt won the gold medal 45-40 against the United States. The bronze medal went to France. Jordanian junior fencer Eyas Al-Zamer withdrew from the same competition to avoid competing against an athlete from Israel.