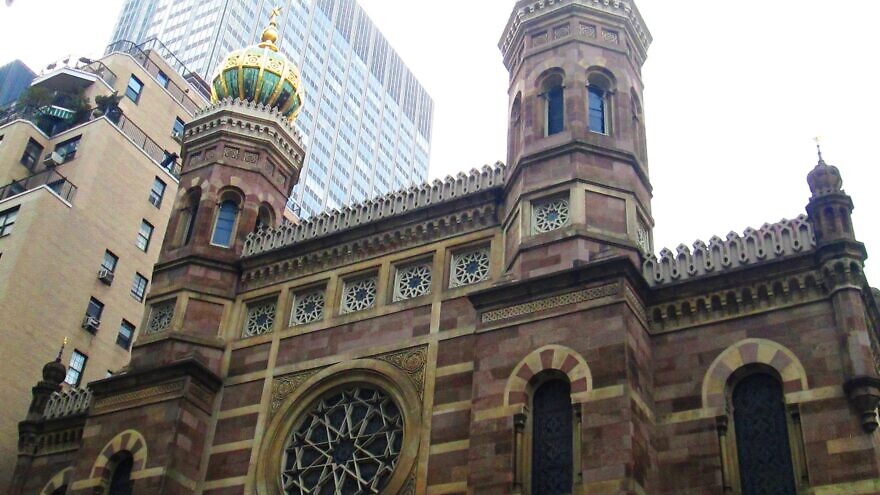 (November 21, 2022 / JNS) One of the two men accused of planning to attack an unspecified synagogue in New York City is Jewish and the grandson of a Holocaust survivor, his counsel said in court on Saturday.

Matthew Mahrer, 22, in Manhattan Criminal Court on accusations of criminal possession of a weapon, was ordered held on $150,000 bail or a $300,000 bond despite his lawyer’s request that he be freed on his own recognizance and the prosecutors’ recommendation that he be held without bail.

“There are a lot of questions here,” defense attorney Brandon Freycint said of Mahrer, who has allegedly been diagnosed with autism, bipolar disorder, anxiety and ADHD, the New York Post reported.

“My client is of Jewish heritage. He resides with his parents and his grandfather is actually a 93-year-old Holocaust survivor—and my client is his part-time caretaker,” Freycinet said.

According to police sources, Mahrer and a friend named Christopher Brown were detained on Friday while riding the Long Island Rail Road. Brown was seen carrying guns and a Nazi armband.

The arrests came after a threat to attack a synagogue and tweet “Gonna ask a priest if I should become a husband or shoot up a synagogue and die” was traced to one of the men’s computers, sources told CNN.

According to the Post, prosecutors said police confiscated a loaded handgun with an extended magazine and a bulletproof vest from Mahrer’s Upper West Side apartment, which he and the friend planned to use in a synagogue attack.