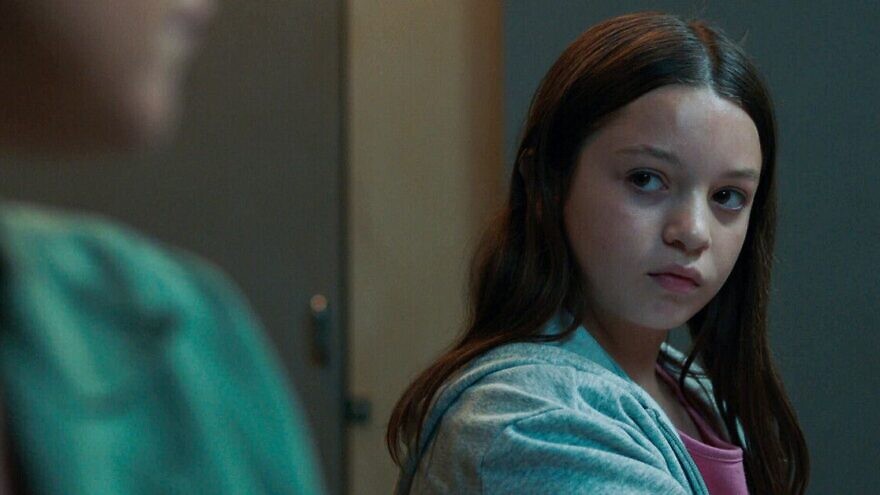 (October 26, 2022 / JNS) Most would consider appearing on two TV shows and a feature film in a month a great feat.

The Jewish actress from New Jersey had a role as kidnapped child Bella Moore in an episode of NBC’s “Law and Order Special Victims Unit” called “The Steps We Cannot Take” on Oct. 13. She also played Ollie Wallace in an episode of CBS’ “FBI: Most Wanted” called “Chains” on Oct. 18. In that episode, she had a large role as an FBI agent is kidnapped while trying to help her get away from her an abusive father. Knapp showed off her skills in several tension-filled scenes, including a climatic one where FBI agents and police try to save her from villains.

In addition, she is Talia, the daughter of Jodi Kantor (Zoe Kazan) in “She Said,” a film that shares the name of the bestselling book written by Kantor and Megan Twohey about breaking the Harvey Weinstein story. The New York Times won the Pulitzer Prize in 2018 for their reporting. “She Said” had its Manhattan premiere on Oct. 13 and will be released in theaters next month.

Knapp said the two TV roles were similar in that she had to play someone who cried and suffered physical and emotional abuse. Her real life could not be more different than the roles, but she tried to imagine the plight of those she played.

“I had heavy scenes,” Knapp told JNS. “If they had to fix a lens, I had to stay in character. On both shows, the people were great to make sure no one would come up to me so I could stay in the zone. You need a lot of focus. In acting, you think about horrible things and you’ll get there because they are hard things to think about. I feel so sad for these people, not knowing what time of day it is, it must be so rough. I hope my acting on the show can raise awareness to make sure it stops happening.”

She said she is excited to be in her first feature film and that in order to get the part, director Maria Schrader and Kazan wanted to see Knapp’s chemistry with Kazan.

“It was so much fun,” she said. “We were doing imitations of people.”

Knapp said the role which put her on the map was that of Laura Bouchard on “Evil” which is now on Paramount+. The first season was aired on CBS. She appeared in 29 episodes.

“The show changed my life,” Knapp said. “It’s like my second family.”

She credited her mother for encouraging her to pursue acting and her father for also helping and being supportive. She said the initial inspiration came from her sister, Sophie, who she saw go on auditions and though she was at first shy, she decided to give it a try. Sophie Knapp, 14, appeared in the NBC production “Annie Live” as one of the one of the orphans who befriended Annie.

Knapp said while one might expect there to be a sibling rivalry, there is none.

“Even if we are auditioning for the same thing, we go over scripts and help each other,” she said. “We share a room and before we go to bed every night, we go over scripts. I feel like it’s not just a strong sibling relationship. She’s my best friend.”

Knapp said she is proud to be Jewish and that her religion serves as an anchor.

“It helps to ground me and give me a sense of meaning and purpose,” Knapp said. “I have a lot of friends who are from a bunch of different religions and I respect them all. Personally, I find my religion both fun and meaningful and I love that both of those can co-exist.”

She said it was a pleasure to work with Kazan and all the actors on the TV shows she has appeared on. Knapp, who is represented by Zoom Talent Management, said aside from taking notes directors give her, she also listens closely when directors give other actors notes on their performance so she can gain invaluable knowledge as she continues her acting career. She credited her acting coach who gets her to “dig deep,” and her parents, who come to the set with her or help her with anything she needs.

She said she is excited to be in her first feature film and that while acting is not easy, people should not be dissuaded from trying if it’s their dream and they feel they’re talented.

“You can’t expect things if you don’t work hard,” she said. “You get rejected, and that’s part of it. But you learn, you have to think deep and be yourself. Casting directors want to see how you do what you do and there are a lot of things that play into their decision. You have to be ready.”