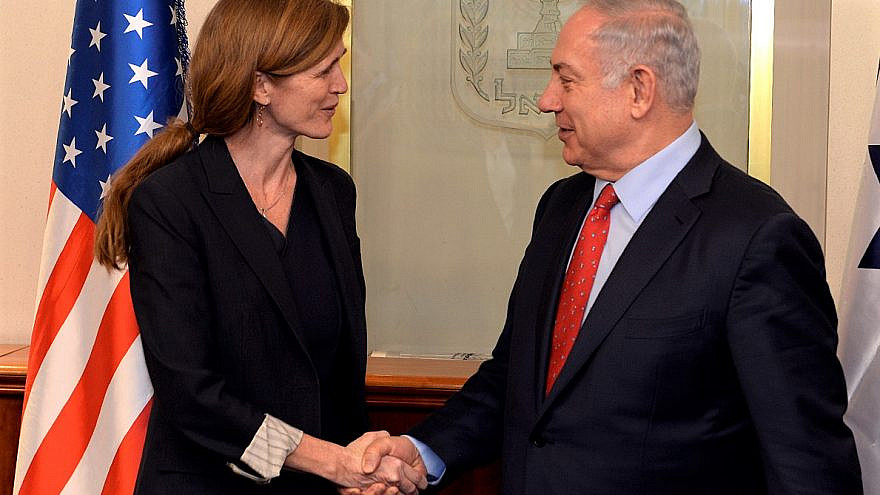 “Power indeed uses the mantra of ‘human rights’ to condemn and damage human-rights-loving countries, especially the U.S. and Israel, and to instead support murderous hateful regimes,” the ZOA said in a statement. “Confirming Power to head USAID would enable her to spend billions of American tax dollars to put her harmful, hypocritical agenda into effect. ZOA urges the Senate to not confirm Power.”

The head of the USAID is a position Biden elevated to include a seat on the National Security Council.

ZOA added that Power’s “abominable anti-American, anti-Israel, pro-Iran record clearly disqualifies her” from being confirmed and to serve on the NSC.

The organization pointed out her history of anti-Israel statements and actions, including her enabling of “the worst anti-Israel U.N. Security Council Resolution in history,” Resolution 2334. The resolution condemned the Israeli settlements in the so-called “occupied Palestinian territories,” which was defined to include eastern Jerusalem and the Old City of Jerusalem, as violations of international law.

Power has also equated Palestinian terrorist attacks against Jews to “settler violence”; gone on a tirade against Jews living in Israel; blamed Israel for poor humanitarian conditions in the Gaza Strip; and urged the formation of a “military presence” to protect Palestinian Arabs from false Israeli human-rights abuses and genocide. She additionally said that supporting Israel harms U.S. national interests.

At her confirmation hearing on Tuesday, Sen. Ted Cruz (R-Texas) asked Power about Resolution 2334 and the Obama administration’s decision to abstain from voting in December 2016, which allowed it to be passed unanimously.

Power avoided answering questions about whether she supports the resolution and instead defended the abstention, saying it was “in keeping with President [Barack] Obama’s desire to encourage the parties to avoid unilateral steps, including terrorism, incitement to violence and the building of settlements.”

She then said in response to a follow-up question that she does not believe that the Jewish quarter of Jerusalem is illegally occupied territory.