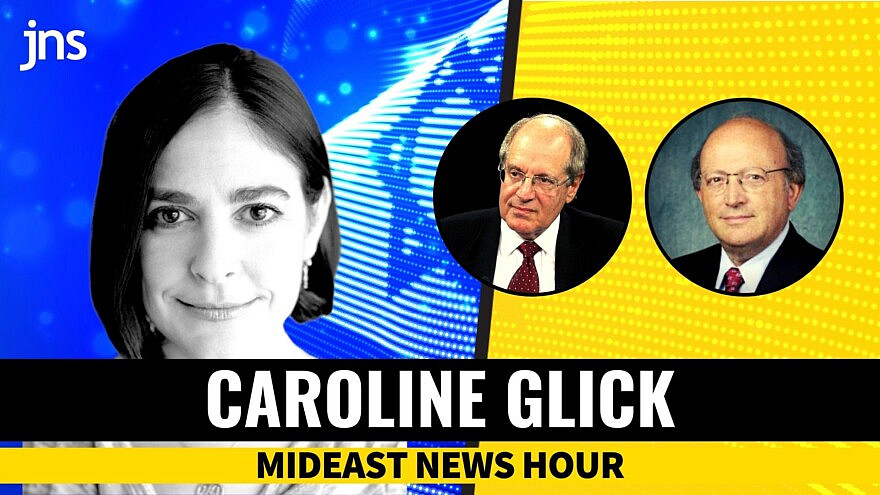 (August 2, 2022 / JNS) Jewish community leaders have “betrayed and failed” their constituents, according to Avi Goldwasser of the Jewish Leadership Project. They are either “cowards or delusional or both,” he says.

In a conversation with his colleague, Charles Jacobs, and Caroline Glick on this week’s “Mideast News Hour,” Goldwasser stresses the leaders’ unwillingness to confront the problems facing the Jewish people.

These problems range from a vocal Boycott, Divestment and Sanctions movement and rising anti-Semitism to the challenges of critical race theory and its anti-Jewish agenda.

According to Glick, FBI data shows that Jews are twice as likely to be victims of hate crimes than blacks or Muslims and 10 times more likely than people of Asian descent. Moreover, 40% of American Jews are taking action to hide their Jewish identity.

The Jewish Leadership Project aims to bring about a “paradigm shift” within the Jewish establishment.

The problem did not start yesterday, says Goldwasser. It began in the 1990s, peaked with the Palestinian terror wave in the 2000s and has only continued. But he says that for the first time in decades, “things are getting to the point where they’re getting uncomfortable” in that some Jewish community members are starting to see the failures of their leaders.

“And that’s good,” he says. “We are trying to mobilize young Jews to understand that their future is being jeopardized by these failed leaders. They have the most at stake here.”

Why have Jewish leaders not been held accountable?

According to Glick, part of it is because they are accountable not to the community but to donors, many of whom have left-wing, progressive agendas and an unwillingness to make waves. Another reason is leaders are making three-figure salaries and refuse to step down even when an organization needs transition, she says.

But it is also because Jewish leaders are scared, Jacobs contends. He says that when anti-Semitism rises, a lot of people run—including our leaders.

However, he continues, these leaders are wrong.