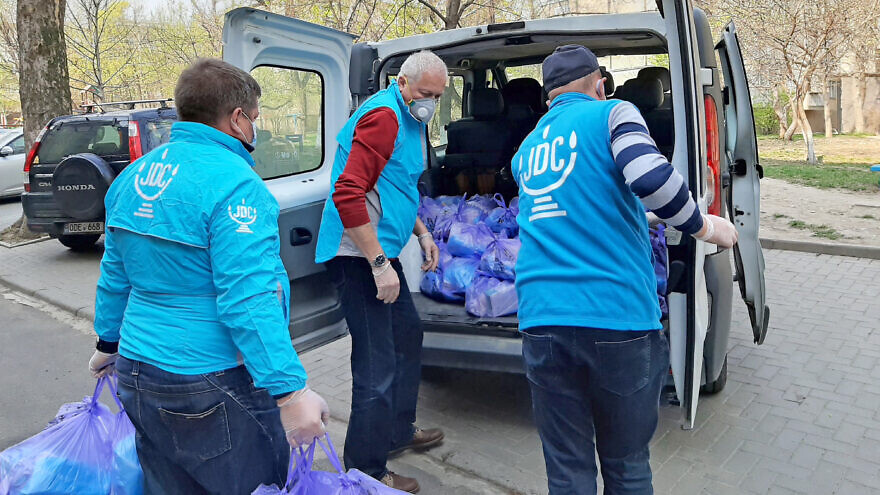 (June 25, 2021 / JNS) In a third consecutive year, JNS took home a number of annual Simon Rockower Awards earned by editors, staff members and freelance writers in the American Jewish Press Association’s 40th annual competition for excellence in Jewish journalism for work done in the year 2020—the most to date, in fact.

JNS won its first two Rockower Awards for work published in 2018. Last year, it doubled that, winning four in 2019. And this year, it earned eight.

Editor and columnist Ruthie Blum won the Louis Rapoport Award for Excellence in Commentary. Her first-place pieces included “Let us remember what the survivors are unable to forget” about aging Jews and Yom Hashoah; “Owing the ultra-Orthodox an apology” about overriding blame directed at religious Jews in Israel during the coronavirus pandemic; and “Gang rape at the Red Sea Hotel” about societal ills and how Israel reacted to a horrible crime.

The award, named for the late author and editor of The Jerusalem Post, honors the top regular opinion columnist in Jewish journalism.

Freelancer Heather Robinson won first place in writing about health care for her story, “As race for coronavirus vaccine intensifies, Americans think back to Salk.” She interviewed Peter Salk, the eldest son of Dr. Jonas Salk of polio-vaccine renown, and others as the world grappled with the coronavirus and the creation of a vaccine during 2020. 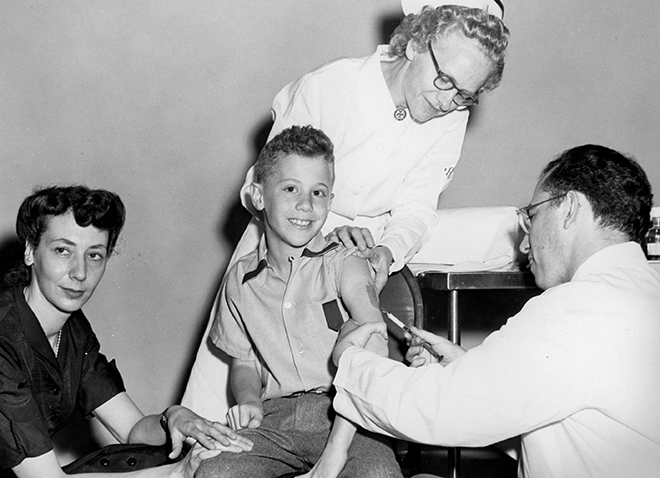 JNS news editor Sean Savage earned first place in the category of Writing About Jewish Heritage and Jewish Peoplehood in Europe for his story, “Working to serve needs of Jews in Eastern Europe in age of corona.” The article covered the challenges of reaching out during the pandemic to help the elderly and others in Poland, Ukraine, Russia and other communities where Ashkenazi Jews have long resided. The judges wrote, “Interviews with the chief rabbis of Poland, Ukraine, and Hungary show that—despite being miles and miles away—they pivoted their Torah classes and daily minyan to Zoom, just like us. The excellent, fine-grain reporting that Savage does here with many details gives readers an intimate look at these communities during these difficult times.”

Regular writer Josh Hasten received first place for Excellence in Writing About Food and Wine. His story, “Diplomacy marches on its stomach: One rabbi helps cook up kosher fare for UAE delegation,” describes one of the direct perks of the Abraham Accords that Israel signed with four Arab countries in 2020.

Freelance writer Howard Blas won second place in the sports category for “The education of Deni Avdija on and off the court,” which was one of a number of stories throughout the year on the young basketball talent from Israel who plays for the NBA’s Washington Wizards.

Freelancer Faygie Holt earned first place in business writing for her story, “Jewish businesses start to feel heat as coronavirus affects product acquisition and sales,” about the early economic effects on everything from a kosher Chinese restaurant to Israel travel agents to a fashion designer on Long Island, N.Y. She also took home second place in the education category for “How to teach the lessons of the Holocaust in the school classroom.” 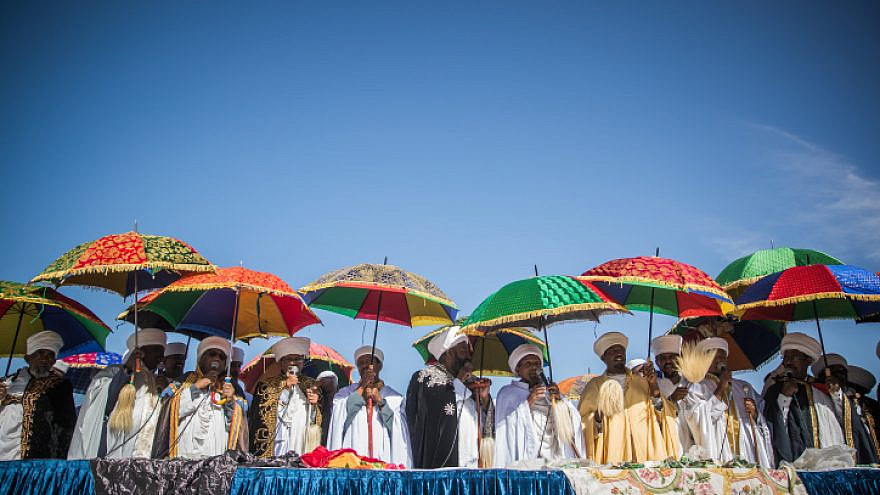 Members of the Ethiopian Jewish community in Israel take part in prayer on the Sigd holiday at the Armon Hanatziv Promenade overlooking Jerusalem on Nov. 16, 2017. Photo by Yonatan Sindel/Flash90.

Longtime JNS contributor Deborah Fineblum got second place in a new category about interfaith and intercommunal relations for “Black (and Jewish): Braving the pitfalls, Jews of color find inner and outer peace.” The judges said, “It was a fascinating look at how committed (and very desperate) Jews of color navigate having feet in both worlds, particularly in light of this year’s heated racial debates and demonstrations.” Last year, she earned an honorable mention in the David Frank Award for Excellence in Personality Profiles” for “Meet Michael Schudrich: Rabbi to Poland’s Jews, the living and the dead” about the American-born chief rabbi of Poland.

In the 2020 Pennsylvania Press Club/National Federation of Press Women contest, JNS managing editor Carin M. Smilk received first place in the science and technology category for “New president of Technion seeks ‘soft sciences’ to meld with Israeli high-tech,” and first place in the personal essay category for one of a series of blog entries written during the initial months of the coronavirus lockdown, “Day Seven: Banking on the beer distributor.” She also got third place in personality profiles for a story on Chabad emissary Dini Freundlich of Beijing, guest speaker at the International Conference of Chabad-Lubavitch Women Emissaries in Brooklyn, N.Y., one month before national lockdowns due to the pandemic. Her science story was also submitted to the national-level competition, where it earned an honorable mention.