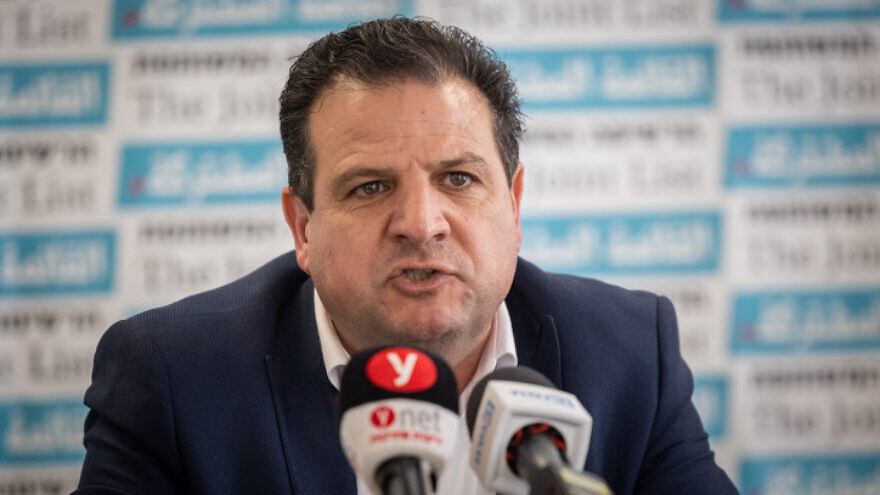 (July 27, 2022 / JNS) Israel’s Joint List Party head Ayman Odeh refused to condemn Hezbollah as a terrorist group during a Channel 13 interview on Tuesday, instead denouncing Israel’s “occupation” as the chief source of terrorism in the region.

In response to a question from reporter Udi Segal, “Is it possible to agree that Hezbollah is a terrorist organization?” Odeh characterized the Israeli “occupation” of the territories captured in the 1967 Six-Day War as the “primary terrorism.”

“More than [Hassan] Nasrallah?” Segal asked, referring to the Hezbollah leader who on Monday threatened Israel’s offshore gas fields. Odeh replied that the Israeli occupation was “the most real, strategic and continuous terrorism since 1967 until now. We need to stop this, and strive for peace with all Arab countries, including Lebanon.”

“Knesset Member Odeh, you understand that because of these kinds of things that you say, in the end Knesset members say about you that you’re a terrorist supporter,” Segal said.

“The terrorist supporter is the one who supports the occupation of territories in the occupied territories of 1967,” Odeh answered.

Odeh has made extremist statements before. On April 10, he appealed to Israeli Arab members of Israel’s security forces to lay down their arms, drawing harsh criticism and accusations of incitement.

Speaking in Arabic from Jerusalem’s Damascus Gate, Odeh said, “Our historic position has been that we will be together with our people in order to end the murderous occupation.”

“Youths must not join the occupation forces. I tell the youths that have already joined, who are not more than 1%, in total a few thousand, that their enlistment is insulting and humiliating. I call on them to throw the weapon back in the face [of Israeli forces] and to tell them that our place is not with you. We will not be part of the injustice and crime,” he said.