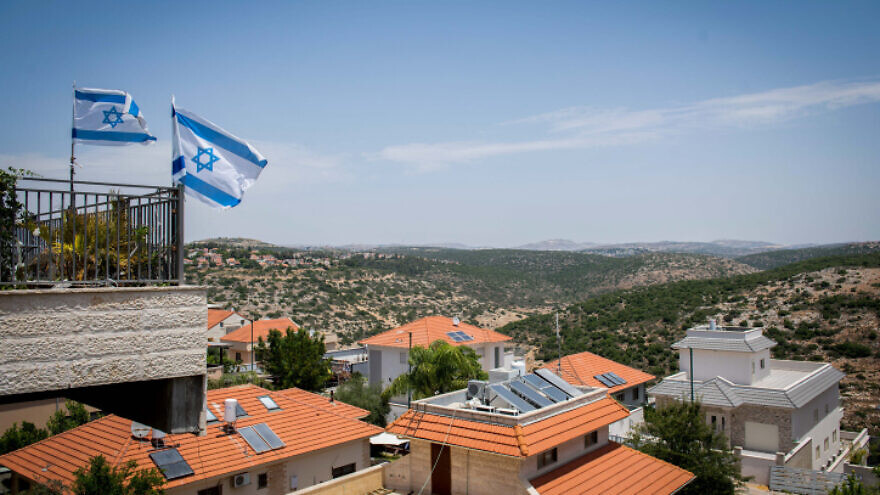 (June 13, 2022 / JNS) Norway’s recent decision to label food products from Israeli communities in Judea and Samaria is not about upholding international law, but about discriminating against the Jewish state, law expert professor Eugene Kontorovich told JNS.

Kontorovich, director of international law at the Jerusalem-based Kohelet Policy Forum, said that Israel needs to respond more robustly to such moves.

“Actions like this take place in part because European countries have come to expect a mild reaction on Israel’s part–a strong statement and then business as usual,” he said. “When it comes to discriminatory trade measures, countries can expect to get picked on if they don’t retaliate.”

Norway has defended its decision, stating that it is in line with a 2019 ruling by the Court of Justice of the European Union, but Kontorovich is unconvinced.

In addition to the facts that Norway is not a member of the European bloc and the court’s decision was not a binding one, he said, the Scandinavian country was acting hypocritically.

Norway is “passionate about the cause of [the disputed] Western Sahara, but still labels products from that territory as ‘Made in Morocco,'” he noted.

Kontorovich is not the only expert who believes Norway’s decision had more to do with discrimination than with the rule of law.

According to thinc., a think tank located in the Hague, there is a fair level of bias and hypocrisy when it comes to the labeling of products made by Israelis living beyond the 1949 armistice lines.

Thinc. director Andrew Tucker has highlighted an example in the Netherlands, where the Israel Products Centre (IPC) imports and sells many goods, including wines produced in what most of the international community calls the West Bank. In April 2019, the Dutch Food and Consumer Product Safety Authority (NVWA) inspected IPC’s shop in Nijkerk, responding to complaints that the center was selling these wines with a “Made in Israel” label.

The NVWA is responsible for implementing Dutch consumer protection legislation, including EU Regulation 1169/2011. This regulation requires European importers of food products to ensure that consumers can make “informed choices” and are not “deceived” or “misled.” This includes specifying the origin or place of provenance of a product.

Tucker noted in a report that the IPC, “seeking to comply with the law, amended its labels on wines produced outside the Green Line. The labels now state: ‘product uit een Israëlisch dorp in Judea & Samaria’ (product from an Israeli village in Judea and Samaria).”

Nevertheless, Dutch BDS activists launched a campaign urging the NVWA to reopen its investigation into the IPC’s labeling practices. NVWA inspectors again visited the IPC, subsequently announcing that even the new labels were misleading and in breach of E.U. legislation.

According to Tucker, E.U. lawmakers are effectively demanding that “all Europeans should comply with the worldview of bureaucrats in Brussels—a world-view in which the Palestinians should be able to set up their judenrein [Jew-free] state, and Jews have no historical or religious connection with the Old City of Jerusalem, or the mountains of Judea and Samaria.”

In 2015, the European Commission published an “Interpretative Notice” (2015/C 375/05) stating that, “Since the Golan Heights and the West Bank (including East Jerusalem) are not part of the Israeli territory according to international law, the indication ‘product from Israel’ is considered to be incorrect and misleading in the sense of the referenced legislation.”

By contrast, the Commission declared that, “For products from Palestine that do not originate from settlements, an indication which does not mislead about the geographical origin, while corresponding to international practice, could be ‘product from the West Bank (Palestinian product)’, ‘product from Gaza’ or ‘product from Palestine.’”

This, Tucker argues, demonstrates the Commission’s bias; it has already predetermined that Judea and Samaria belong to the Palestinians, and that even though no Palestinian state exists, goods produced by Palestinians in those territories can be labeled as originating from “Palestine.”

Arsen Ostrovsky, CEO of The International Legal Forum, told JNS that Norway’s decision was indication of a “profound” hostility toward the Jewish state.

“The move by Norway to apply separate labeling to Israeli goods produced in Judea and Samaria, eastern Jerusalem and the Golan Heights represents a shameful acquiescence to the global BDS movement,” he said.

“That Norway is not even a member of the European Union, yet voluntarily chose to apply the E.U. guidelines—which even most E.U. member states do not to observe—indicates a profound level of hostility and disdain towards Israel that will do nothing to advance peace but, rather, only embolden extremists and contribute to rising anti-Semitism,” Ostrovsky added.

“Perhaps instead of engaging in quasi-boycotts, labeling and virtue-signaling against Israel, Norway would be better served to cease its funding to PLPF-affiliated terror groups, if it truly wants to make a positive contribution to peace,” said Ostrovsky.

Norway’s decision to label Judea and Samaria goods follows a similar move by Belgium last year. In response to that decision, Israeli Deputy Foreign Minister Idan Roll, who was in Belgium at the time, canceled meetings at the parliament and Foreign Ministry in Brussels.