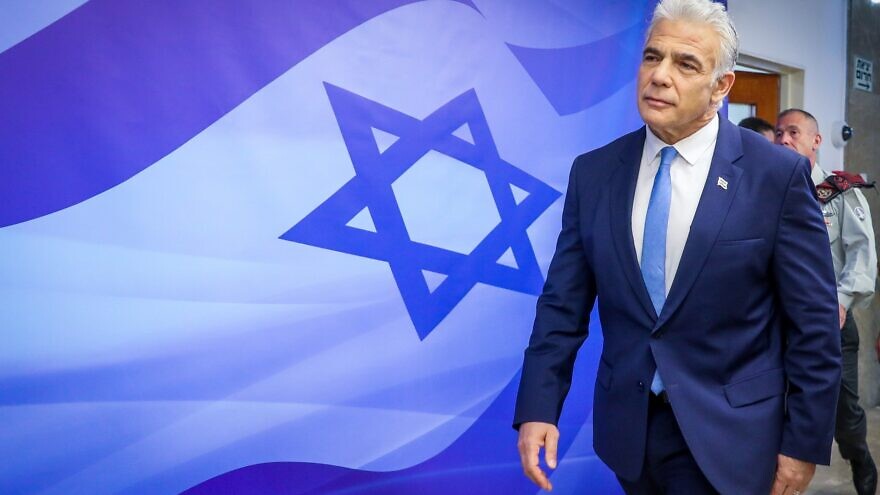 (September 18, 2022 / JNS) Israeli Prime Minister Yair Lapid on Tuesday arrived in the United States, where he will deliver a speech to the United Nations General Assembly on Thursday and meet with world leaders on the sidelines of the annual event.

The Israeli premier is slated to meet with the heads of major Jewish communal organizations in North America, and participate in the annual gala of the Friends of the IDF group.

Lapid’s speech to the General Assembly is expected to focus on Iran’s nuclear program and the ongoing negotiations over the matter in Vienna.