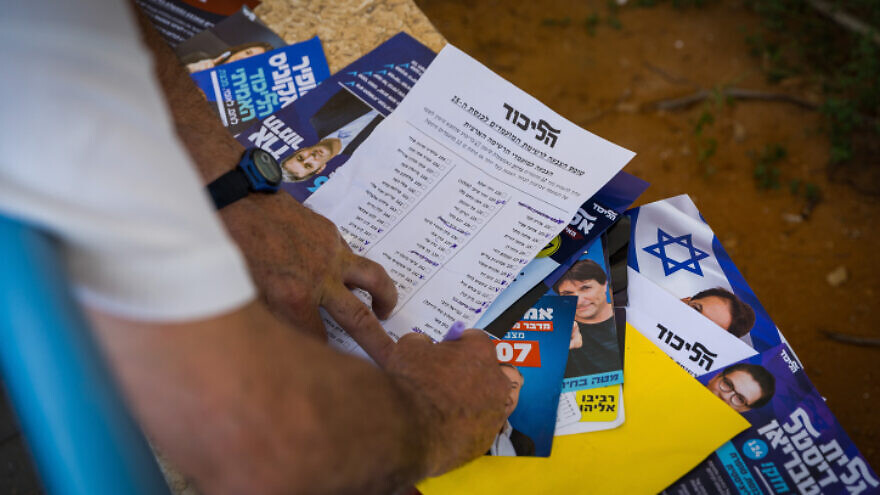 (August 11, 2022 / Israel Hayom) The Likud primaries delivered dramatic results on Thursday, shaking up the party’s Knesset slate and pushing long-serving lawmakers to unrealistic slots that will likely leave them out of the running come the Nov. 1 elections.

With 80% of the votes counted as of noon Thursday, estimates are that when the dust settles, several senior Likud MKs will find themselves outside the top 10. Polls currently give Likud between 34 and 36 seats, but the chances of anyone outside of the top 10 being named as a minister are slim.

The slate currently taking shape indicates that Likud leader and opposition whip Benjamin Netanyahu will get what he wants in terms of keeping those he considers loyal to him at the forefront of the party.

As of noon local time, Knesset member Yariv Levin was slated to take the Likud’s No. 2 slot, followed by Eli Cohen, Yoav Gallant and David Amsalem, while longtime MKs like Yuli Edelstein, Israel Katz, Gila Gamliel and Tzachi Hanegbi were pushed surprisingly low on the roster.

Still, their placement may change if Netanyahu decides to “upgrade” them to one of the five slots the party has allowed him to reserve on the slate for personal appointments, namely slots 14, 16, 28, 37 and 43.

The list will shift again once the various reserved seats for district nominees and women are applied—a measure Likud takes to ensure equal representation. This arrangement, however, means that for men, any slot lower than 19 dramatically reduces their chances of serving in parliament, with the same going for women placing below the thirty-fifth spot.

Excluding placement of reserves seats across the slate, which will push familiar names further down the list, the placements are as follows: