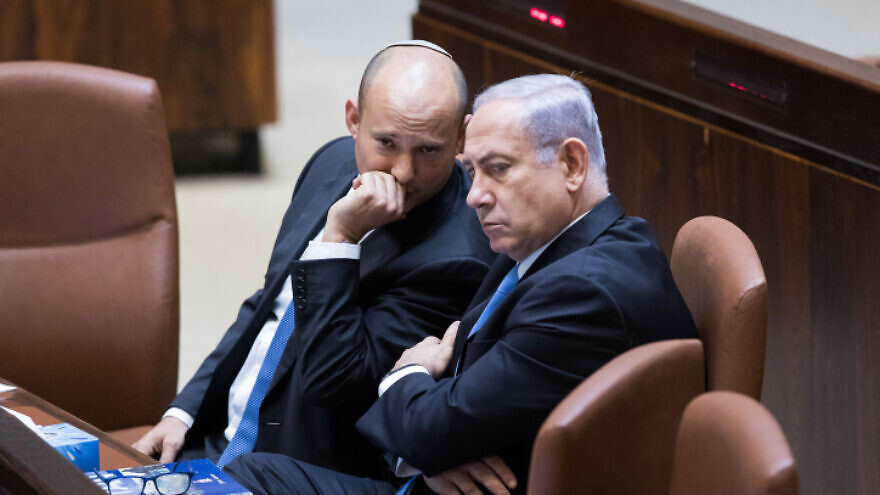 Parties failing to clear the 3.25 percent electoral threshold in March will result in votes being wasted, potentially making the difference between a Blue and White or Likud government. By forming joint lists, the smaller parties can ensure this does not happen.

All parties have until midnight Wednesday to submit their lists.

“The left has united—they’re not going to lose any votes. Now the right must do everything to prevent wasting votes,” the Likud said in a statement on Tuesday, just hours after the New Right Party led by Naftali Bennett and National Union led by Bezalel Smotrich announced that they would merge for the elections.

With the merger of New Right and National Union and the already-existing unity deal between the Jewish Home Party and the far-right Otzma Yehudit, the four right-wing parties are currently split into two lists.

Earlier this week, video was released of Jewish Home delegates brawling over Peretz’s decision to unite with the far-right Otzma Yehudit.

Likud is reportedly aiming for all the parties to run together in March, with Israel’s Channel 12 news reporting that Netanyahu threatened to fire Bennett as defense minister and Smotrich as transportation minister if they do not agree to run with Jewish Home and Otzma Yehudit.

“Unfortunately, Bennett wasted votes in the April elections [when New Right ran separately and failed to make it into the Knesset], and in the last election [Sept. 17] pushed Otzma out of his party,” said the Likud in a statement. “That’s why we were unable to establish a right-wing government.”

Bennett responded by urging Netanyahu to bring Otzma Yehudit into the Likud if he is truly concerned about preserving votes, Channel 13 news reported.

“Naftali Bennett, Ayelet Shaked and [National Union leader] Bezalel Smotrich have invested tremendous efforts over the past day to forge a single strong slate that will faithfully represent religious Zionist and the ideological right,” said the New Right in a statement. “We have called, and we continue to call, on Jewish Home and [its leader] Rabbi Rafi Peretz to enter with us into a single, victorious party. We can’t waste a single vote!”

The United Jewish Home reacted angrily to the initial news of the New Right-National Union merger, calling it “the shattering of religious Zionism.”