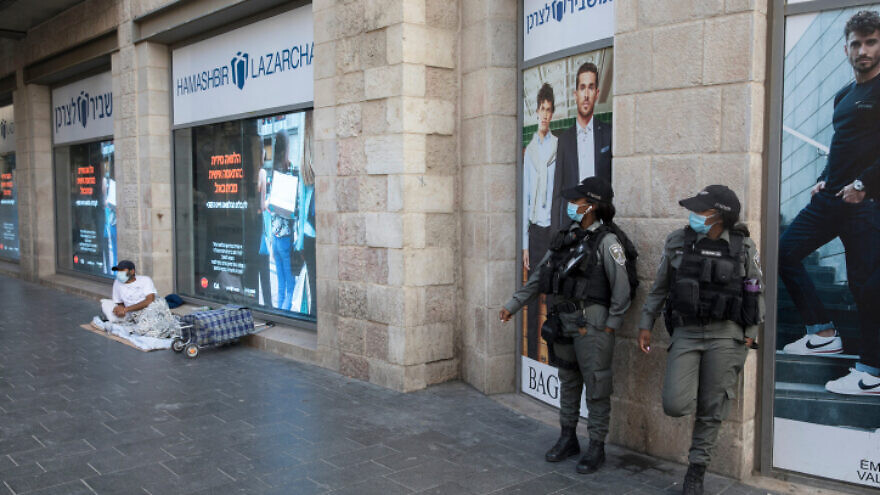 (December 27, 2020 / Israel Hayom) Israel’s third nationwide lockdown to curb the spread of coronavirus will cost the economy a minimum of 5 billion shekels ($1.55 billion), according to Bank of Israel estimates.

The lockdown is scheduled to begin at 5 p.m. Sunday and last for at least two weeks. The Bank of Israel assesses that each week the economy is shut down will come at a cost of 2.5 billion shekels ($775 million).

The Bank of Israel projects that the current lockdown will affect the economy by 10 percent, compared to the 20 percent hit it took in March-April and the 12 percent hit in the second lockdown. The bank reported that during the summer, when businesses were operating under COVID-19 restrictions, the economy was running at 95 percent capacity, which caused a loss of 1.3 billion shekels ($403 million) each week.

Officials with the Bank of Israel explained that at this stage, the restrictions for the third lockdown are less severe than the previous ones.

“Businesses that do not deal with the public will continue to operate on a partial basis, and the school system for younger grades will operate as usual,” said officials.

“It’s likely that businesses continued to prepare to operate under pandemic conditions. The October lockdown came during the holidays when business activity drops anyway. But now the lockdown will take place during normal business days,” the officials added.

Over the long term, the Bank of Israel officials said, the lockdowns will continue to affect the Israeli economy. Officials pointed out that the direct losses of the lockdown itself did not include bankruptcies and ongoing payment of unemployment benefits, and did not take into account losses that could not be assessed financially, such as restricted freedom of movement or loss of time with family.