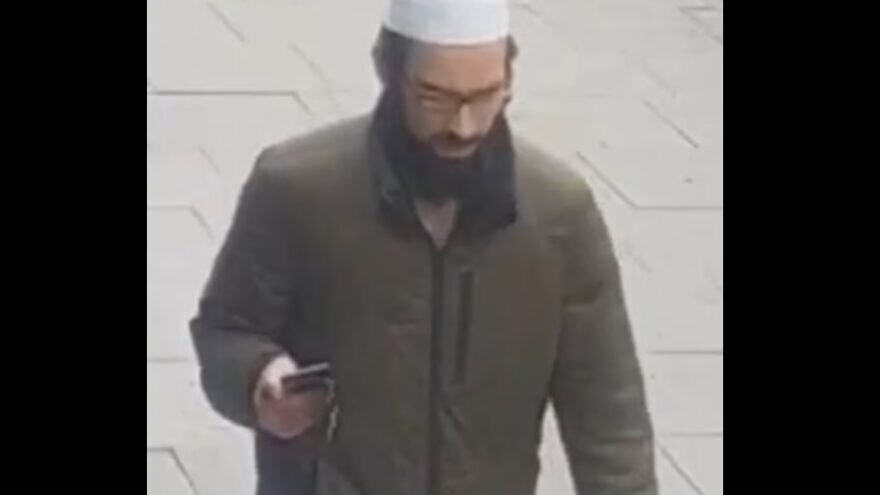 Surveillance camera images of a man that police want to identify in connection to a series of assaults on Jewish men that took place in North London. Source: Screenshot.
Spread the word.
Help JNS grow!
Share now:

(September 2, 2021 / JNS) Police have released surveillance camera images of a man they want to identify in connection to a series of assaults that took place in North London over the course of one day, reported Daily Mail.

On Aug. 18, a 30-year-old Jewish man in Stamford Hill was hit on the head with a bottle. Shortly afterwards, a 14-year-old Jewish boy was assaulted, followed by a 64-year-old Jewish man who was knocked unconscious while on his way to a synagogue. The latter, who suffered facial injuries and broke a bone in his foot, was taken to hospital and later discharged.

Officers say they were told of two more Jewish people who were attacked that day, though neither has contacted the police. They are treating the five incidents as hate crimes.

On Tuesday, detectives said security camera footage revealed that the man they want to identify stayed at a local hostel between Aug. 17 and Aug. 19. Images of the suspect show that he is dark-haired with a beard, and wearing a white cap and glasses.

Detective Chief Inspector Yasmin Lalani, the senior investigating officer on the case, said that “we are almost two weeks on from these assaults, but we remain determined to identify the man responsible for these unprovoked attacks. We are continuing to work closely with our local communities and are offering them the necessary support.”

“I would encourage anyone with information to call the police,” added Lalani. “I would also urge this man to come forward and speak with us. It is vital that we bring these incidents to a conclusion.”