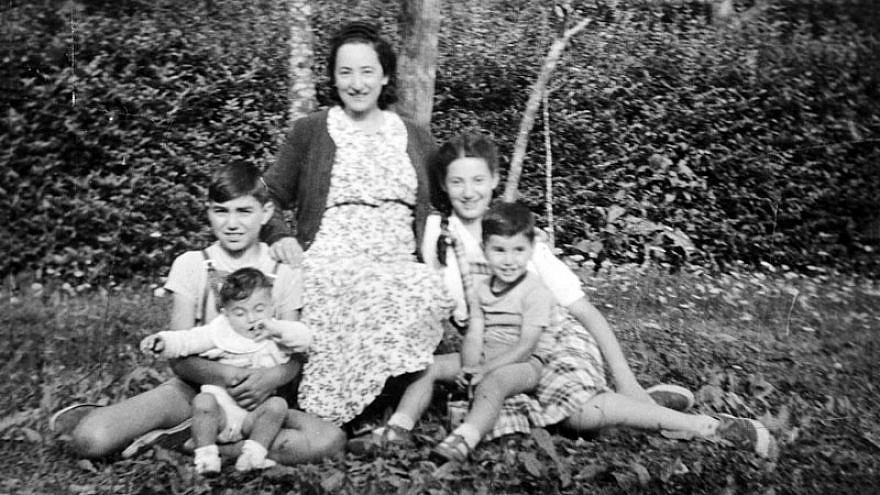 A photograph of Anna Ventura with her four children that she sent to her husband, Luigi, when he was in Paris in 1940. Credit: Yad Vashem.
Republish this article
1296 WORDS
Spread the word.
Help JNS grow!
Share now:

Of the millions of Jews who were taken to their deaths during the Holocaust on cattle cars, we will never know how many of them scribbled last words to loved ones, addressed them and tossed them out the train window, hoping against hope that someone would find them and send them on.

It’s safe to assume that very few of these desperate attempts to communicate were ever found, and even fewer of them made it to their intended recipients. The miracle is the ones that were discovered alongside the train tracks and, against all odds, reached their destination.

“Last Letters From the Holocaust: 1944,” an online exhibit from Yad Vashem has arrived on its website (www.yadvashem.org.) just in time for Yom Hashoah (Holocaust Memorial Day) on May 2. On this day all around Israel (where Yad Vashem sits atop a hillside in Jerusalem), a siren is sounded, and the entire country screeches to a halt. Cars and trucks pull to the side of the road, their occupants climbing out to stand at silent attention. There, too, as in Jewish communities elsewhere around the world, for the last seven decades there have been communal gatherings featuring the reading of the names of the dead, as well as prayers, songs and the lighting of memorial candles by survivors.

But in recent years as survivors have numbered fewer and fewer, and those who can attend memorials are often wheeled or helped to the stage, their children and grandchildren typically take over candle-lighting duties.

With fewer survivors remaining who can testify to what they witnessed, this makes these final letters all the more precious. So says Orit Noiman, a project director at Yad Vashem.

“This is why it’s so important for us to collect every bit of evidence from the Holocaust; it’s the only testimony we have of someone who cannot be with us.”

That’s the main reason Shaul Ventura decided to donate his mother Anna’s last communication, scribbled in the hours before she arrived in Auschwitz in February of 1944. 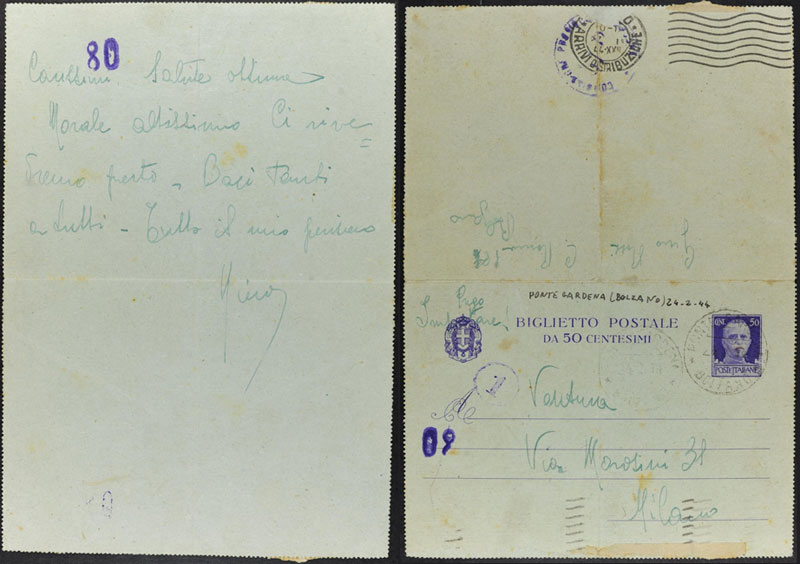 The letter that Anna threw from the train window on the way to Auschwitz together with the request, “Please post this letter.” Credit: Yad Vashem.

“It’s a very emotional thing for us,” says Ventura, who was 14 when his mother was killed. “But, as precious as they are to our family (the postcard is one of 14 letters by their mother that the family donated to Yad Vashem), I know now they’ll be preserved now, and people who see them in the future will know what this technically advanced modern civilization did to destroy an entire people.”

Another motivation for Ventura, 89, was to demonstrate the suffering of Italian Jews, something many people are still unaware of.

The last time Ventura saw his mother was in December of 1943, when she ventured from the safety of their hiding place to procure medicine for her ailing mother. After she was captured, she was sent to Fossoli, an Italian work camp. Two months later, she was among the hundreds loaded onto a train bound for Auschwitz, where she was killed. (The horrors of that doomed journey were memorialized by fellow Italian inmate and chemist Primo Levi in his dual-story book If This Is a Man and The Truce.) As Ventura wrote on the train:

“To my very dear ones,

My morale is very high. We will see each other soon. Lots of kisses to everyone. All my thoughts are of you.” 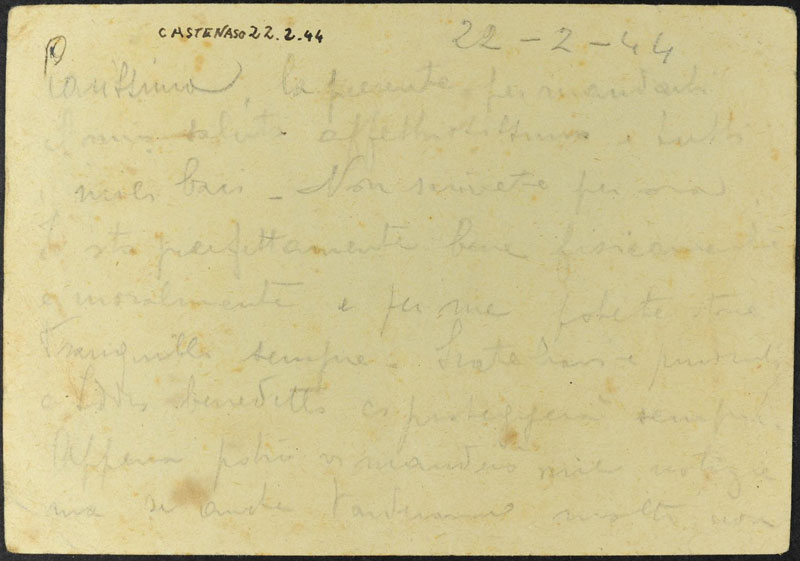 The postcard that Anna sent just before being deported from Fossoli di Carpi to Auschwitz. Credit: Yad Vashem.

“Anna wrote on the front of the postcard: ‘To the person who finds this, please send it to this address,’ and it was almost like she was pleading with an unknown stranger to help her,” says Noiman. “We will never know who discovered the postcard and decided to mail it.”

“By throwing the letters—and most of them were from the Jews of Belgium, France and Italy—they were hoping that someone would be human enough to send them on to their family,” says Naama Galil, a Yad Vashem project manager who’s researching the written material. “Most Western Europeans assumed they were being transported to work, but they weren’t sure and wanted their loved ones to hear from them. There were also those who clearly didn’t expect to survive this and wanted to collect evidence to tell their experience to generations to come.”

“The hope that my mother included in each letter kept our hopes high that she was alive,” says Ventura. Indeed, the family clung to those hopes even after moving to pre-state Israel in the spring of 1945, only later accepting that she had been murdered in Auschwitz. All made it out alive except their father, Luigi, and the youngest of the four children: 6-year-old Emanuel, who died of diphtheria at war’s end.

What’s amazing is that more than 75 years later, these important bits of evidence are still coming in, says Haim Gertner, director of the Yad Vashem Archives. The world’s largest Holocaust collection, the archives holds more than 200 million documents and artifacts, with another 250,000 projected to arrive in the next few years.

“By donating these, the families know that they are helping preserve the memory of the Holocaust for the Jewish people and the world,” says Gertner. “In today’s digital era, we can tell the full story and connect in ways we never could before.” 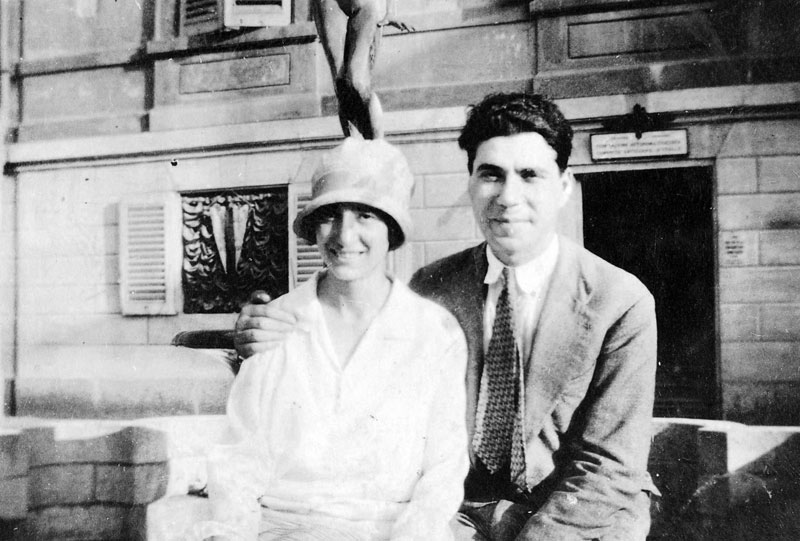 Anna and her husband, Luigi, on their honeymoon in 1921. Credit: Yad Vashem.

Gertner sees the collection as a “real continuation of the efforts of the Jews themselves during the Shoah. Even if they didn’t know exactly where they were going, they knew it was no picnic, and they wanted their story told.” Next up for Yad Vashem is a state-of-the-art underground repository for all this history: the Shoah Heritage Collection Center, projected to open in 2021.

‘Grateful for all they had’

But letters were not the only things thrown from trains. Often, people threw themselves. And though it’s believed that most of those who flung themselves out of moving trains were either killed on impact or by sharpshooter Nazi guards, some lived to tell the tale.

Esther Rivka Willig was one of them. The Polish teen, the daughter of the rabbi of Buczacz, noticed that the cattle car had a small window covered with barbed wire and wooden slats, says her daughter, Malky Weisberg, who’s a tour guide at Yad Vashem.

“My mother asked for her mother’s blessing, saying it was the only way she would attempt to escape.” Three hours of arguing later, after her mother reluctantly gave that blessing, young Willig stood on a barrel, yanked off the slats and, prying off the barbed wire with one of them, squeezed herself out for the jump.

“My grandmother must have understood that if her daughter was going to have a chance of surviving, this was it,” says Weisberg. “She was very lucky to fall into a cornfield, where the high corn hid her. Many others who tried were shot.” 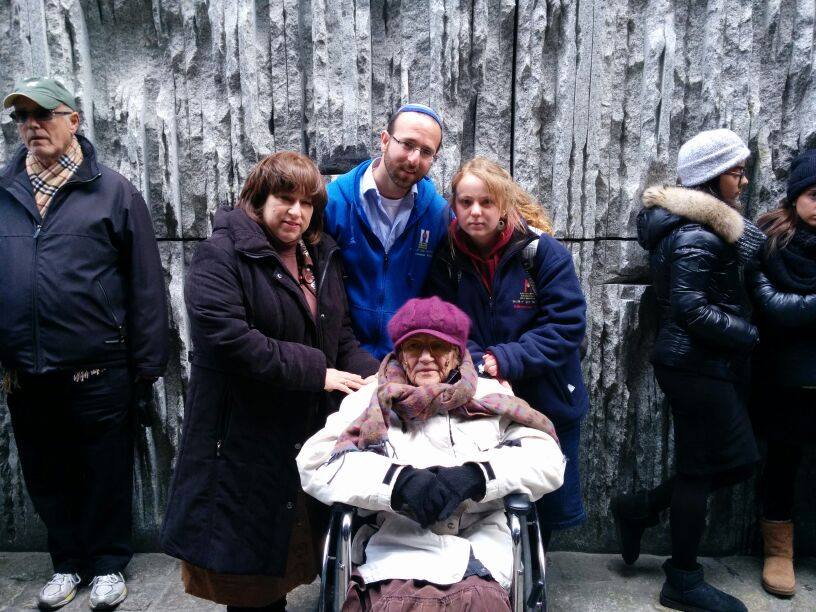 The train’s destination turned out to be Belzec, where more than 600,000 Galician Jews, including Willig’s own mother, were destined to be murdered. The young girl, reunited with her first love Yisroel Wagner, married and moved to Beach Haven in Brooklyn, N.Y., where he would serve as community rabbi for nearly a half-century.

“My parents looked at the glass as half-full and were grateful for all they had,” says Weisberg. “I always felt they were saved for a reason.”

Her mother died three years ago at age 92. A few years earlier, when prepping for hip surgery, she was warned by her doctor of the discomfort she could expect. “She said to the surgeon, ‘I jumped off a train. I think I can handle this.’ ”