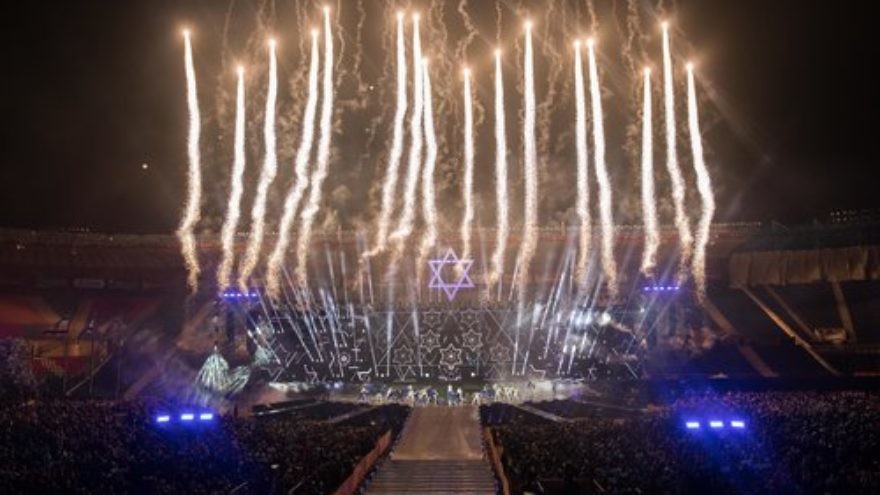 Some 7,000 Jewish athletes from 80 countries prepared to head back to their home countries this week following the 20th Maccabiah Games, a two-week event that is being praised for helping create “positive connections” to Israel.

The Jewish athletes from overseas had arrived in Israel in early July, joining 2,500 Israeli contestants in the world’s third-largest sporting event, which convenes every four years and is often dubbed the “Jewish Olympics.” This year’s games, hosted in Jerusalem, had the added significance of coinciding with the 50th anniversary of the reunification of Israel’s capital city.

Tamir Goodman, a former Maccabiah athlete who gained fame during his high school basketball career in 1999, when Sports Illustrated magazine nicknamed him the “Jewish Jordan,” told JNS.org, “The 2017 games were all-around great—great for the athletes, great for Israel and great for the thousands of fans who got to watch and cheer on the teams.”

Contestants competed in 43 different sports at complexes throughout Israel. Soccer was the largest competition, with more than 1,400 athletes from 20 countries participating. In addition to the athletes, as many as 20,000 international visitors attended the games, injecting around $100 million into Israel’s economy.

“Most of the federations who sent athletes to Israel took the competition very seriously,” Ilan Kowalsky, head of the Sports Department at Israel’s Interdisciplinary Center research college in Herzliya and a basketball coach, told JNS.org. “They did not send third-[division] or fourth-division athletes. Only the top swimmers, basketball players and lacrosse players came to compete.”

Ervin—who has won four Olympic medals—finished the Maccabiah Games with three gold medals, in the 100-meter freestyle, the 50-meter freestyle and the 4×100m medley relay, setting Maccabiah records with his times in the latter two events.

“Thousands of people came from all over the world and connected with Israel during the Maccabiah Games. This is very important for Israel,” said Kowalsky.

“Israel is in a difficult political situation with issues such as the recent anti-Israel motions passed at UNESCO, and constant attacks from the BDS movement…these young athletes, who travel here for the games with their families, and may have encountered anti-Semitism and anti-Israel sentiments in their home countries, experience Israel in a very positive way, through sport, and take these experiences back home with them,” he said, adding, “Sports, and the arts, are the only things that can make such positive connections to Israel.”

Kowalsky’s perspective comes from his decades of experience using sports to break down cultural and political barriers. He served as head coach of Israel’s under-20 women’s basketball team in the 2009 Maccabiah Games, guiding the squad to win gold in the finals against the American team. Kowalsky was due to participate in the 2017 competition as the technical delegate for 3-on-3 basketball, which had been billed as a highlight of this year’s games, but the event was cancelled because not enough players signed up to compete.

In addition to working with Israeli athletes, Kowalsky in 2006 headed an initiative dubbed the “Friendship Games” in collaboration with Ed Peskowitz, former co-owner of the National Basketball Association’s Atlanta Hawks. The initiative offered college students from 17 different countries and territories the opportunity to compete in a basketball tournament and tour Israel together. Israelis, Palestinians and Jordanians all participated.

“For seven days, players from 17 countries played basketball and stayed in the same hotels together. Within just a few days, these athletes became friends and many stayed in touch with each other,” said Kowalsky.

Kowalsky’s involvement with the Friendship Games led to him serving as head coach of a Palestinian Authority (PA) basketball team after he originally volunteered to coach the players without pay. Kowalsky continued in this capacity for two years until “politics came inside,” he said.

“The president of the Palestinian International Olympic Committee (Jibril Rajoub) said to the players, ‘If this Jewish coach from Israel will continue to practice with you, you cannot play in the Palestinian league,’” Kowalsky said.

Ironically, it was Kowalsky who founded the PA’s basketball league.

“When politics comes inside [sports] we have a problem, but when you take sport in its purest form, people are coming to have fun and enjoy their time and to get to know each other. This is why the Maccabiah Games is such a great idea,” Kowalsky said.

“You know that peace between China and the U.S. started with table tennis,” he said. “My belief is that sport can open a door for the next peace movement.”