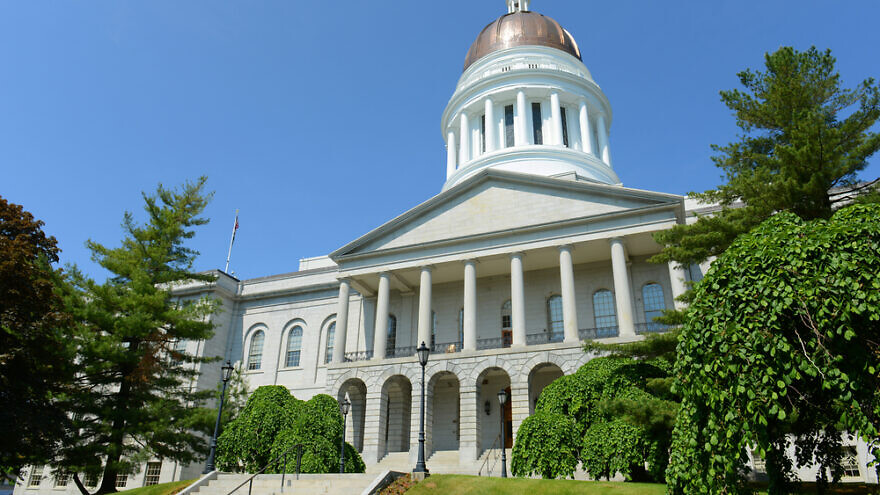 (August 20, 2021 / JNS) A group of lawmakers in Maine condemned a state representative for participating in an event hosted by an anti-Semitic conspiracy theorist.

A total of 53 members of the state legislature signed a letter expressing their solidarity against anti-Semitism and denouncing Rep. Heidi Sampson (R-Alfred) for speaking at an event in the city of Belfast on July 27 that was co-organized by Robert David Steele, Maine’s WABI reported on Tuesday.

The group of lawmakers said in their letter, “Our state has a long history of extremist activity, including hosting the first Ku Klux Klan event in New England. However, what sets recent events apart is the involvement of elected officials and their de-facto sanctioning of extremist groups that pose a fundamental threat to our democracy.”

Steele has previously said that “elite Jews” are responsible for the Holocaust. He claimed Zionists funded the Sept. 11, 2001 attacks, “control the American media” and belong to the “Synagogue of Satan.” He also promoted the conspiracy theory that “satanic Zionists” kidnap children and are plotting against white people, according to the group of lawmakers.

“This anti-Semitic rhetoric is not only categorically false, it is directly threatening to the safety, dignity and well-being of all Jewish people in Maine,” they wrote. “Anti-Semitism is an ideology that uses baseless conspiracy theories to spread fear of Jewish people.”

“Across the country and in our state, those who perpetrate hate crimes are being emboldened by the type of anti-Semitic rhetoric used by Steele,” they added. “By being a speaker at this event, Rep. Sampson has given the legitimacy of her elected office to Steele’s hateful and false claims that threaten Jewish families, individuals and institutions in Maine.”