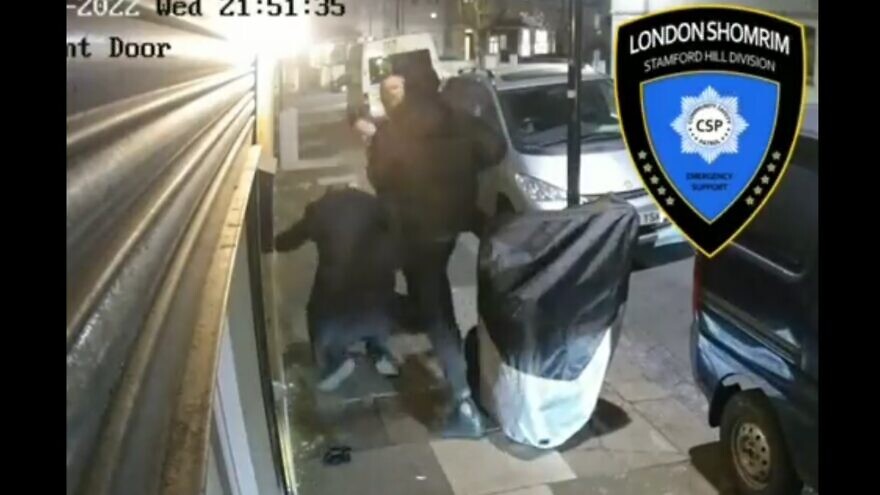 (January 28, 2022 / JNS) A teenager was charged for an attack on two Jewish men in North London on Jan. 26, the night before International Holocaust Remembrance Day.

Tottenham resident Malaki Thorpe, 18, has been charged with two counts of racially aggravated actual bodily harm and one count of possession of an offensive weapon. A spokesperson for the metropolitan police said the attack is being handled as a hate crime.

The two men, assaulted on Wednesday night while locking up their store, were taken to a hospital in North London to be treated for their injuries. One man suffered bruising, and had a broken nose and fractured wrist, while the second victim also suffered bruising and a wrist and eye injury, according to London’s Shomrim organization.

Surveillance video footage caught the unprovoked attack on tape; it shows the attacker continuously punching their victims until they were knocked to the ground.

British Prime Minister Boris Johnson said he was “appalled” by the incident.

“This attack is a terrible reminder, on Holocaust Memorial Day, that such prejudice is not consigned to history, but remains a very real problem in society,” he said. “We must stamp out anti-Semitism.”