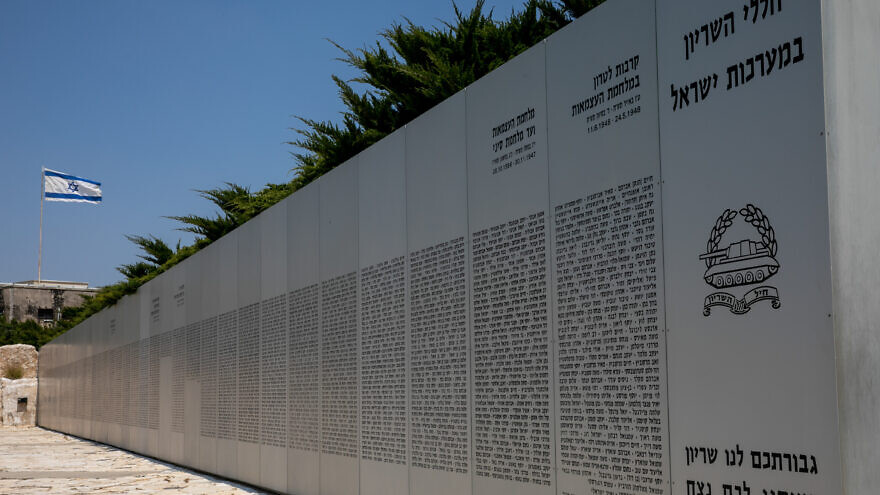 A view of the military memorial in Latrun, Israel, on April 13, 2021. Photo by Yossi Aloni/Flash90.
Spread the word.
Help JNS grow!
Share now:

(April 29, 2022 / JNS) Masa Israel Journey is hosting its 14th annual Yom Hazikaron ceremony in Latrun, Israel, on May 3—the eve of Yom Hazikaron, a day of remembrance for Israel’s fallen soldiers and victims of terror. The event will begin at 8 p.m. Israel time (1 p.m. Eastern Standard Time). It will be livestreamed on Masa’s Facebook and Instagram pages.

The program returns to its in-person format this year and features speeches from Israeli government officials, Jewish leaders, Masa alumni and others.

Hundreds of thousands of viewers are expected to tune in, including Masa Fellows and alumni, Jewish community leaders and members of Jewish communities from the United States, Canada, Britain, Australia, New Zealand, Turkey, Morocco, South Africa, Brazil, Argentina, the Philippines and the former Soviet Union.

The theme this year is “These Are Our Stories.” It not only recognizes Israel’s fallen soldiers and victims of terror but those in Diaspora communities who left behind a legacy of values, identity and sacrifice. Throughout the ceremony, stories of the fallen will be shared along with video documentaries and other multimedia presentations.

“This year’s Yom Hazikaron ceremony comes at a time of tragedy and resilience for Israel and the global Jewish community,” said Masa CEO Ofer Gutman, referring to a recent spate of deadly terror attacks in the country. “During times like these, we take solace in being able to finally reunite with our community during this heartfelt memorial, which will demonstrate the connectedness of the Jewish world through our shared stories. We are one people, and our strength comes from our unity.”

Masa is also providing an opportunity for Fellows, alumni and individuals worldwide to commemorate fallen soldiers and victims of terror through a virtual candle-lighting.

Those interested in lighting a virtual Yizkor candle alongside millions of other participants can visit Masa’s website.