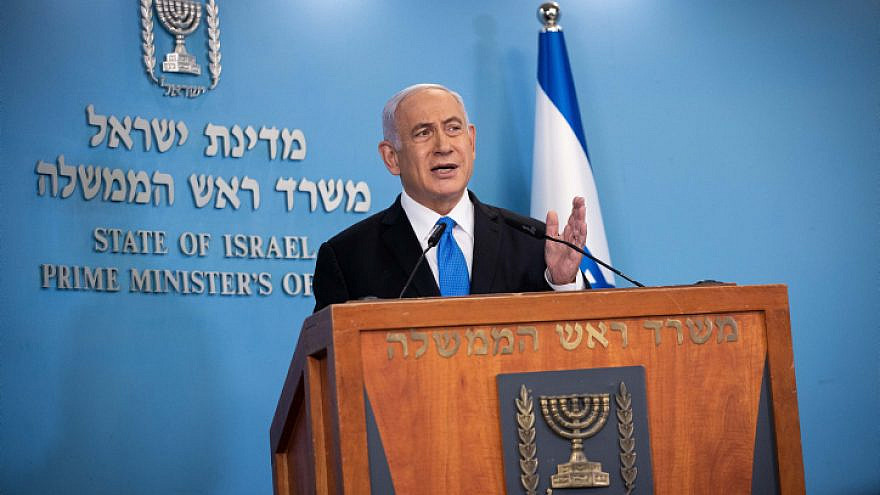 “An intelligence office for the Palestinian terrorist organization [was] housed in that building that plots and organizes the terror attacks against Israeli civilians,” Netanyahu said in an interview on CBS’s “Face the Nation” on Sunday morning.

“So it is a perfectly legitimate target. I can tell you that we took every precaution to make sure that there were no civilian injuries, in fact, no deaths.”

The IDF struck the multi-story building in Gaza on Saturday evening, the IDF said that the “Hamas terror organization deliberately places military targets in the heart of densely populated civilian areas in the Gaza Strip.”

It added that it provided “advance warning to civilians in the building and allowed sufficient time for them to evacuate the site.”

The Associated Press had operated from the building for the past 15 years and said that it had “no indication” that Hamas was in the building or active there. All staff was able to evacuate safely before the strike.